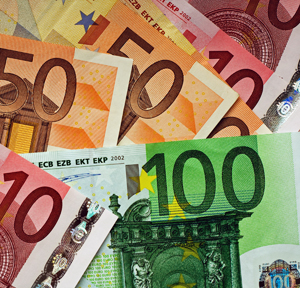 The European Central Bank became the latest major bank in the developed world to hike rates in the face of high inflation. One result was that Switzerland's Julius Baer said today it is no longer charging negative rates on deposits. With recession fears swirling, the ECB faces a headache. Here are market reactions.

Switzerlandâs Julius Baer has decided to no longer charge negative interest rates in client deposits in euro, Swiss franc, and Danish krone as of 1 August. The move follows the European Central Bankâs decision yesterday to hike rates at a time of rising inflation. The ECB has moved its deposit rate from -0.5 per cent to zero.

The Swiss National Bank recently adjusted its negative rate â in place for more than five years â to -0.25 per cent from -0.75 per cent. Negative Swiss rates have hit Swiss banksâ margins and put depositors under pressure to hold riskier assets instead.

Meanwhile, economists and wealth managers have been responding to the ECBâs move, which followed similar rate hikes in recent weeks from the US Federal Reserve and the Bank of England, among others.

Samy Chaar, chief economist, Lombard Odier
"Despite signalling a 25 bps hike at its last meeting, and its usual approach of gradualism, the ECB decided on a 50b bps hike as the medium-term inflation outlook had deteriorated. The bank also dropped its typical forward guidance and will be taking a meeting-by-meeting approach to future rate rises in order to maximise optionality, data-dependence, and flexibility in the conduct of monetary policy.

Overall, we still expect a much shallower hiking cycle than in the US, and much shallower than markets have been expecting. We believe that the ECB will take interest rates just above 1 per cent, to reach a terminal rate of 1.25 per cent which we consider as neutral monetary policy. This is meaningful in the European context, where we are starting with a policy rate of -0.5 per cent, and where we've been in negative rates territory for eight years now. Still, this peak in European interest rates is nowhere near the 3.5 per cent terminal rate we expect in the US and is also below the 1.8 per cent that markets have been pricing in â a level that peaked at 2.5 per cent and has seen a material repricing lower in recent weeks."

Dave Chappell, fixed income senior portfolio manager, Columbia Threadneedle Investments
âThe ECB finally stepped away from eight years of negative rates today, choosing to double the pre-announced size of the first rate hike, citing the Governing Councilâs updated assessment of inflation risks. Expectations had risen in recent days, following âsourcesâ suggesting a 50 bps move was being considered. By taking a larger initial step, the Council can now shift to a meeting-by-meeting assessment of the future path of rates. Markets expect a further 140 bps of rate hikes into year end, suggesting a steady path of half per cent moves per meeting. Deteriorating economic conditions over the coming months may lead to an early curtailment of the tightening cycle however.

In what could be described as the worst possible timing, the breakdown of the Italian coalition government and resignation of its leader Mario Draghi has led to an abrupt widening of Italian yield spreads to German Bunds, a move that could become an obstacle to the smooth transmission of monetary policy. When repeatedly probed during the press conference, however, [ECB] President Lagarde was wary not to divulge whether a tightening of financial conditions, driven by self-destructive domestic policies, would warrant the implementation of the new Transmission Protection Instrument. At this stage, given the lack of contagion to other periphery yields, we do not believe it does.â

For that reason, the ECB today approved a Transmission Protection Instrument (TPI) which it explained allowed for a more aggressive 0.5 per cent rise as its first rate hike in more than a decade. With inflation running above 10 per cent in nine eurozone economies, a level expected to be exceeded across the region in September, and wage growth accelerating to decade highs, it is likely the ECB will deliver another 0.5 per cent hike at its September meeting.

Given the delicate balancing act the Governing Council faces due to the threat of weakening demand, however, we anticipate two further less aggressive rate hikes of 0.25 per cent in November and December."

Seema Shah, chief strategist, Principal Global Investors
âThe ECBâs era of negative rates has finally come to an end, and with quite a bang â but itâs not against a backdrop of strong economic growth and certainly not accompanied by celebratory smiles. Quite the contrary. The ECB is hiking into a drastically slowing economy, facing a severe stagflationary shock that is quite beyond its control, while also facing an Italian political crisis which presents a difficult sovereign risk dilemma. There is no other developed market â Central Bank is in a worse position than the ECB.â

Hinesh Patel, portfolio manager, Quilter Investors
"A larger rate rise was already penned in for September should the need arise and this is now all but confirmed.

However, the ECB is pushing on a string with rate hikes that will do little to quell what is predominantly an energy crisis. The ECB has waited far too long relative to the Fed and the Bank of England, thereby creating additional pressure on the euro which is adding to inflationary pressure. The stall in industrial activity indicates that this rate hike is likely to have minimal impact. Headline inflation is now creeping into core which will be gravely concerning to the ECB, especially as costs now represent the most pressing problem for corporates in the region â particularly for the likes of Italy.

âInflation is a major issue and will be for some time yet, and the balancing act faced by the ECB remains a difficult one. The bloc is faced with inflationary shock combined with ongoing uncertainty driven by the war in Ukraine, but the ECBâs previous inaction means todayâs rate hike could well be too little too late.â