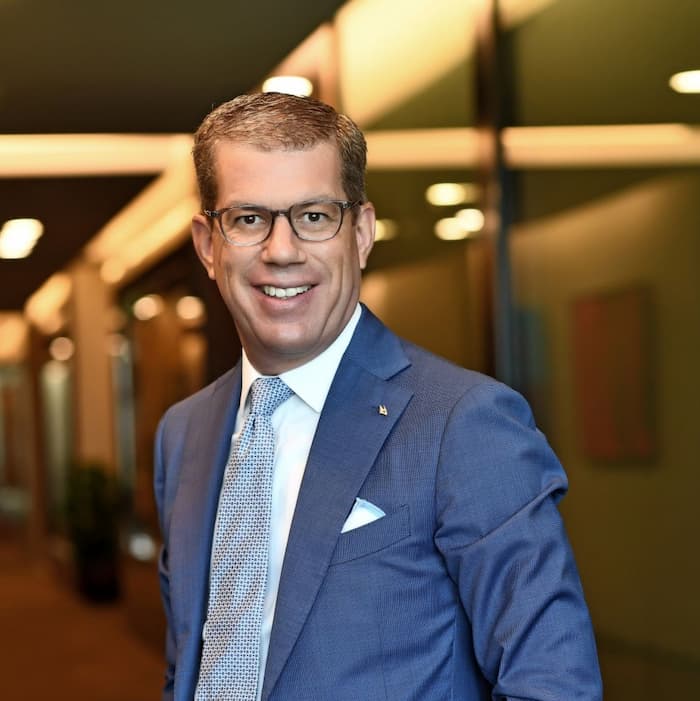 The bank announced a raft of top-level changes, including the retirement at the year end of Francois Monnet, who has been head of private banking for North Asia for 14 years. A number of senior figures have been appointed in posts across the region.

Credit Suisse has announced a series of changes to its top-level management for its Asia-Pacific business, including the retirement of Francois Monnet, who had been head of private banking for North Asia and chief executive for the firmâs Hong Kong branch.

Earlier this year, Monnet told the bank that he intended to retire from the start of this year after 14 years at the Zurich-listed banking group.

âFrancois has made a significant contribution to Credit Suisse as a business builder and passionate leader. Under his leadership, Credit Suisse is well established as a top three global franchise in Private Banking Asia-Pacific (APAC), notably in North Asia where the bank has achieved five consecutive years of double-digit revenue growth and our assets under management have doubled since 2016,â Helman Sitohang, CEO, Asia-Pacific, said.

The bank said that it has made three appointments for leadership roles, which will take effect from 1 January next year.

Subject to regulatory approval, in the new role, Cavalli will relinquish his responsibilities as Singapore CEO and will take on the chief executive responsibilities for the Credit Suisse Hong Kong branch, based in Hong Kong.  He will continue to act as APAC sustainability leader, representing the region in one of the bankâs most important focus areas.

Singapore-based Young, who will report to Cavalli, is market group head for the private bank in Singapore, Malaysia and South Asia Switzerland â a Zurich-based team serving clients in South Asia. She will join the bankâs governance committees, including the APAC operating committee.

Young has more than 25 yearsâ wealth management experience, 18 of which have been with Credit Suisse.

Wongâs new role, as previously mentioned, is in addition to her role as the chief operating officer, Asia-Pacific. As Singapore CEO, Wong will work with business and corporate function leaders to deliver the integrated model across Credit Suisseâs legal entities in Singapore.

Wong joined Credit Suisse First Boston in 1992 and has since worked in management in internal audit, legal and compliance, as well as holding COO responsibilities across investment banking and private banking in Singapore, Hong Kong and New York.

âAs we pivot to faster growth in Asia-Pacific, with wealth management at the core of our success, the appointments of Benjamin, Jinyee and Chien Chien are a testament to our deep bench of talent and our commitment to build on the unique strengths of our integrated bank model. I am especially delighted that these appointments demonstrate our strong focus on diversity and inclusion, which is at the heart of our culture at Credit Suisse,â Helman Sitohang, CEO, Asia-Pacific, Credit Suisse, said.