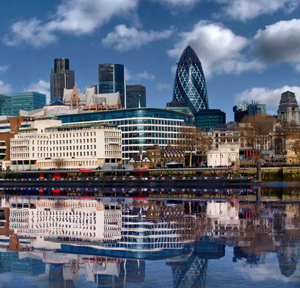 The Financial Services Act 2021 was introduced in the House of Commons on 21 October 2020 and received Royal Assent on 29 April 2021. It has reformed the law in 22 distinct areas and is the first financial services primary legislation passed by the British Parliament since the UK left the European single market.

Financial services contributed Â£75.5 billion to the tax revenue of the UK in 2018/19 and employed around 1.1 million people. It is HM Government's ambition to use this legislation to stiffen the UKâs prudential standards, promote financial stability, promote openness between the UK and other markets, protect consumers and keep the British system effective.

Sections 1 and 2 dictate the features of the UKâs own Investment Firms Prudential Regime, to be similar in substance to that being introduced in the EU and imposed largely by rules to be made by the Financial Conduct Authority (FCA).

The London Interbank Offered Rate (LIBOR) is an interest-rate benchmark used to indicate banksâ costs of funding their activities (for example, the cost of obtaining money for a loan it will make). It is used as a reference in hundreds of trillions of poundsâ worth of financial contracts around the world. The FCA has said that, after 2021, it will no longer persuade or compel banks to submit the underlying data that goes to calculating LIBOR, causing concern that it could cease to exist. Sections 8 to 19 therefore grant the FCA greater powers to order the continued publication of benchmarks, to prohibit the use of benchmarks and to oversee their orderly winding-down.

EU law (which recently became âretained EU lawâ in the UK) prohibits firms making reference to benchmarks administered by foreign countries (from 2022 on, after a transitional period ends), unless their benchmark administrators use one of three âaccess routes.â Because these routes are dubious, the UK has already extended its own deadline to 2023. Section 20 now extends this transitional period again for a further three years to 1 December 2025 while the Government works out what to do.

As the UK and Gibraltar are no longer subject to EU access arrangements, the Act establishes a new regime to allow financial service firms based in Gibraltar to continue to conduct regulated activities in the UK. In all, the Act mentions the word 'Gibraltar' 382 times. Schedule 6 inserts Schedule 2A into the Financial Services and Markets Act 2000 (on the subject of Gibraltar-based persons carrying on activities in the UK), while Schedule 7 inserts Schedule 2B into that monumental Act (UK-based persons carrying on activities in Gibraltar).

Section 27 amends MiFIR (which was 'onshored,' i.e. enshrined in the law of the UK, some time ago) to accommodate changes made by the EU to MiFIR. These include new FCA powers to set reporting requirements, changes to the âequivalenceâ assessment criteria, new Treasury powers to impose specific obligations on firms registered under the regime and additional powers for the FCA to use a new procedure to restrict or withdraw the UK's recognition of specific firms that use the regime.

Cancellation of the authorisation of firms

Section 28 introduces a new procedure to allow the FCA to cancel or change an inactive firmâs authorisation to perform certain regulated activities if it fails to pay the regulator money or to provide it with information. The idea is to keep the Financial Services Register up-to-date.

Amendments to the Market Abuse Regulation

Section 30 makes two changes to MAR (as 'onshored' in the UK) to mimic changes being made by the EU. The first concerns the requirement to maintain lists of people with access to sensitive information about issuers, the second extends the time that issuers have to notify the public about senior managersâ transactions in their instruments.

The UK uses the Sanctions and Anti-Money Laundering Act 2018 (SAMLA) to impose sanctions and anti-money-laundering policy now that it has left the European Union. Section 34 amends SAMLA to ensure that regulations made by the Government relating to the enabling, detection or investigation of money laundering can apply to the foreign trustees of trusts with links to the UK. Her Majesty's Revenue & Customs has tried to do this in the past, but on a legally sticky wicket.

Section 38 amends the PRIIPs Regulation (as onshored in the UK) to empower the FCA to make rules to specify which products are within its ambit â an area of uncertainty among firms until now.

Retention of personal data under MAR

Section 39 amends the Market Abuse Regulation (as 'onshored' in the UK) to stop it from prohibiting the FCA from keeping personal data for more than five years.

The CEO of the FCA

Section 42 states that every chief executive of the FCA ought to serve a fixed five-year term which might be extended for another five years but no longer. No previous rule for this existed.

After the UK left the "European single market" (an agglomeration of national protectionist barriers that lie within the EU's borders, with an overlay of partial immunities to those barriers and total exemptions from those barriers) British fund firms lost their âpassportingâ rights in the European Economic Area (EEA). EEA investment funds which marketed themselves to retail (non-professional) customers in the UK using a passport, however, benefit from a temporary marketing permissions regime but will one day have to gain "recognition" from the UK to continue operating as they do. Sections 24 to 26 have introduced a simplified new regime by which the UK can grant marketing approval to overseas retail funds; for this to happen, HM Treasury must consider the jurisdiction where that fund is based "equivalent" to the UK in the way it protects investors from harm.