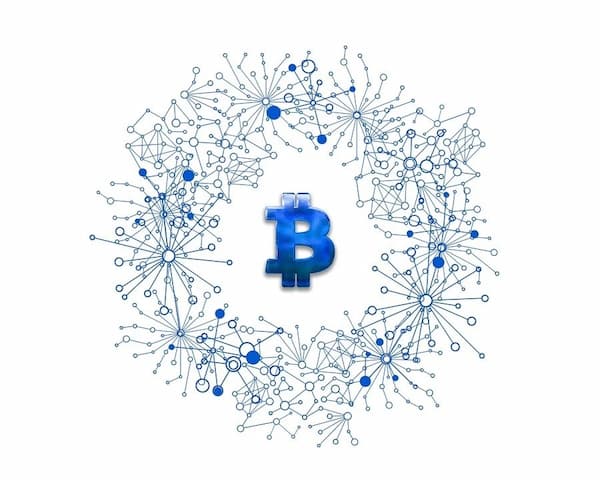 Christophe Roehri, deputy CEO at TOBAM, a Paris-based asset manager, discusses with WealthBriefing the advantages for investors of holding bitcoin in their portfolio.

Despite crypto market volatility, Christophe Roehri at TOBAM thinks that investors should have 1 or 2 per cent of their portfolios invested in areas such as bitcoin.

Speaking exclusively in London to WealthBriefing, Roehri said TOBAMâs philosophy is for investors to have a very diversified portfolio to collect the risk premium of an asset class.

And on bitcoin, Roehri explained how to approach it.

âThe real rationale for this is to realise that whenever a small part of an investorâs portfolio is allocated to bitcoin â below 2 per cent â it will reduce the volatility of the portfolio, making it less risky, even when bitcoin is highly volatile,â he said. âThis is because the pattern of returns is so different from bonds and equities.â

Roehri said bitcoin is different from other cryptocurrencies due to its limited supply, with a maximum of 21 million bitcoins available. âItâs an asset with a limited supply and it is the perfect candidate to be the next store of value as it is simple and very robust,â he stressed.

Such comments come at a time when recent heavy falls in bitcoin and other cryptocurrencies have added to debate on whether they can give âballastâ to a portfolio or are a mistake. For example, at Nickel Digital Asset Management, the firm told this publication in February 2021 that holding bitcoin in a portfolio can protect the downside, although if portfolio holdings rise above a certain percentage, it can make investments more volatile. Rapid falls to cryptos such as bitcoin and âstablecoinsâ earlier in 2022 have rattled nerves, however. In May, for example, PGIM, the $1.4 trillion investment arm of US-listed Prudential Financial, said cryptocurrencies were a âpoor choiceâ for long-term investors and made portfolios riskier.

There is clearly a debate in progress. TOBAMâs Roehri has a particular view of how to diversify assets.

âWe invented a way to measure the diversification ratio, known as TOBAMâs Maximum DiversificationÂ® approach, which has been adopted by industry,â he explained.

The approach is supported by patented research and a mathematical definition of diversification, providing clients with diversified core exposure in both the equity and fixed income markets.

In 2017 the firm also launched an open-ended fund which invested in bitcoin.

Explaining the main advantages of it, Roehri explained that it is easy to use, efficient, secure and TOBAM integrates a sustainability dimension in the fund by offsetting the carbon footprint of bitcoin.

Regulation
Looking at the case for industry regulation for cryptos, he said very diverging directions are being seen now. âA lot of people have scenarios that would mark the end of bitcoin, like China, which banned it,â he added. But he believes itâs too late for governments to stop whatâs happening with bitcoin. âThere will be regulation but bitcoin is too advanced to go away,â he stressed.

In the US, Roehri thinks the regulator will make it possible for investment companies to use bitcoin, with guidelines to accompany the evolution of it rather than to stop it.

He said that the UK and Switzerland are also starting to show a positive approach to crypto, whilst it is still unclear what direction the EU regulation will take. He believes that a framework regulation will help the adoption of crypto but that worldwide regulation is not realistic.

See here an earlier article on this topic.