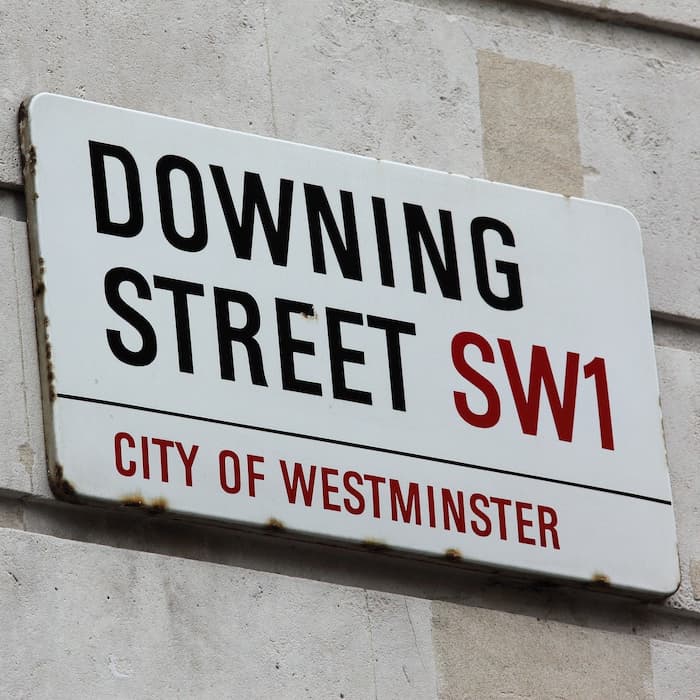 As Boris Johnson steps down as UK prime minister, after a wave of government resignations, investment managers react on what this could mean for markets, fiscal policy and the economy as a whole.

In the aftermath of the news of Prime Minister Boris Johnson's resignation, sterling yesterday rose by 0.5 per cent and the FTSE 100 Index of blue-chips stocks also traded higher. But some commentators see that this effect is likely to be short-lived.

Johnsonâs government had been facing controversy for months, first about lockdown parties attended by political leaders and officials in Downing Street and elsewhere during the pandemic, and later about the government's handling of allegations of abusive conduct by Conservative MPs. Johnson, a former newspaper reporter and columnist, was accused of not being honest and open in his statements about such matters to colleagues and the media. As a result, a number of his colleagues, notably finance minister Rishi Sunak and health secretary Sajid Javid, resigned this week. The departure of a finance minister is often the trigger for wider political trouble, as was the case when Sir Geoffrey Howe quit the Margaret Thatcher administration in the late 1980s over the issue of UK membership of the EEC, as the European Union was then called.

Johnson's predicament is at first sight extraordinary, having achieved an 80-seat majority in the December 2019 general election, defeating the Labour Party under its hard-left leader, Jeremy Corbyn, and then unblocking partliamentary obstacles to an exit from the European Union.

In his resignation speech outside Downing Street yesterday, Johnson highlighted, after his resignation, how it was the will of the parliamentary Conservative party that there should be a new leader of the party and therefore a new prime minister. He plans to serve until a new leader is in place; a timetable for the leadership race would be announced next week â a process which could take at least six weeks.

Here are reactions from wealth managers to the news:

Schroders: senior European economist and strategist, Azad Zangana
âBoris Johnsonâs resignation triggers a leadership contest for the Conservative Party and premiership that is unlikely to be settled before the autumn. This leaves a lengthy period of uncertainty over the direction of the country and economy.â

âJohnsonâs government often leaned toward populist policies, and while he will always be remembered for Brexit, recent fiscal policy also followed a similar approach. This may have boosted growth in the near-term but also contributed to higher inflation, and higher public borrowing. The recent decisions to increase corporation taxes instead of personal or sales taxes is just one example.â

âThe resignation of Chancellor Rishi Sunak a couple of days ago highlighted the disagreement between the Treasury and the Prime Ministerâs office. The suggestion was that voters were not being given the full picture when it came to the state of the economy and public finances.â

âIn terms of the reaction in markets, news of the resignation helped lift sterling against most other currencies, though the moves have been relatively small.â

IG Group: Chris Beauchamp, chief market analyst
âThe pound has been looking for any excuse to bounce against the dollar following its drubbing lately. Borisâ decision to go removes at least some of the uncertainty, and means that a snap election is off the cards. Longer term, the outlook is still bleak for the pound, so this bounce is unlikely to last.â

GAM Investments: Charles Hepworth, investment director
âThe UKâs outgoing Prime Minister Boris Johnson finally conceded his position is untenable, following the highest number of ministerial resignations that the country has ever seen in such short order. Things, as ever with Boris Johnson, are likely to still take a few interesting turns before he exits Number 10.â

âThe initial reaction in the pound and the markets was widely euphoric at the prospect of an end to the political chaos that has marked his time in office, but it is unlikely to be sustained â the economic malaise that the UK finds itself in is unlikely to reverse course anytime soon.â

âBoris could stay on as an interim leader until a new one is decided, which would mean a few more months of clinging on to power, albeit effectively neutered. Were that to happen, Labour have already signaled they would push instantly for a vote of no confidence in the Government which, should they win (which is likely), would then drag the Queen in to appoint a Prime Minister. Constitutional crises are not good optics from a market perspective, but it is not surprising that Boris Johnson has crashed out in a ball of flames. UK risk assets look decidedly unattractive until this political circus has packed up and moved on.â

Investec
In the interim period prior to a new Prime Minister being installed, the outlook for economic policy naturally looks murky. Until his resignation on Monday, Chancellor Rishi Sunak was expected to give a joint speech on the economy with PM Johnson next week. Press reports had, for a long time, suggested clashes between Sunakâs more fiscally cautious stance and Johnsonâs more free-spending attitude. These were confirmed in the Chancellorâs resignation letter.

Sunakâs departure paved the way for a more sympathetic attitude to Johnsonâs view by the next Chancellor, Nadhim Zahawi, promoted into this role on Tuesday. Indeed, Zahawi indicated in press interviews that the planned hike in the corporation tax rate from 19 per cent to 26 per cent in 2023/24 could potentially be scrapped to maintain global competitiveness. He is said to have been instructed to look into immediately cutting fuel duty and perhaps also the standard rate of VAT as well as income tax rates, along with lifting the tax thresholds with inflation, to help address the rising cost of living. Similarly, he is reported to oppose windfall taxes on oil and gas companies. At the same time, though, he noted the need to be fiscally responsible to rein in high and rising inflation, including by being âreally carefulâ as regards public sector pay.

However, it is doubtful whether continuing this incipient shift toward a looser fiscal policy will be possible under a caretaker Prime Minister.

Should, however, the next leadership of the Conservative Party agree with this directional shift, the response to looser fiscal policy by the Bank of England may be to hike rates more aggressively to counter the resulting upward pressure to inflation that this would bring about. Much, however, will depend on the nature of the incoming government. The same can be said for other flagship economic policies with longer-term ramifications, such as âleveling upâ and net zero.

A change at 10 Downing Street may help to douse Scottish appetite for separatism. But all of course depends on exactly who becomes PM and the precise makeup of the new cabinet and, for now, a thick layer of political fog has descended upon the UK.

Federated Hermes: Silvia DallâAngelo, senior economist
âPolitical uncertainty usually drags on economic performance on its own â it weighs on sentiment, and it typically holds business investment decisions back. However, it is a second-order issue compared with the extreme economic challenges the country is already facing. The UK economy only fully recouped its Covid-related losses at the beginning of 2022, just when a new stagflationary shock from the war in Ukraine hit. Persistently high and rising cost-push inflation has eroded real incomes, which will likely result in a sharp slowdown in consumption in the second half of this year. Consumer confidence running at a record low and emerging cracks in business confidence suggest recession risks have increased for the coming quarters.â

âWhatâs more, policymakers can do little to address those challenges in the short term. The Prime Ministerâs resignation makes additional fiscal easing unlikely, but options have always been limited, despite Johnsonâs urge to loosen the purse strings. Fiscal space has been constrained following the increase in public debt that pandemic-related stimulus brought about, and further blanket fiscal easing â as opposed to targeted and limited measures to support the most vulnerable households â would stoke additional inflationary pressures. Meanwhile, monetary policymakers also face a dilemma, as elevated realized inflation risks become engrained against the backdrop of a tight labor market. The Bank of England will likely continue to tighten monetary policy, leaning against the risk of second-round effects, but it will proceed carefully in light of the downside risks to growth. At the margin, recent political developments will make the Monetary Policy Committee somewhat more cautious.â

eToro: Ben Laidler, global markets strategist
âInvestors have shrugged off the resignation of the British Prime Minister in a snub to its importance to markets. Sterling has strengthened today, the FTSE 100 is up, and the more domestic focused FTSE 250 leads the way.

âMarkets may welcome the step toward lesser political uncertainty, with no general election due until January 2025, and potential tax cuts in the meantime to support the weakening economy.â

âIt is another reminder that markets are not economies. Despite the UKâs soaring inflation, slumping economic growth, and political uncertainty, the FTSE 100 is the least worst performing major global stock market this year. It is down only 4 per cent versus the 20 per cent falls of the US S&P 500 and Germanyâs DAX, benefiting from its mix of cheap commodity and defensive high dividend stocks.â