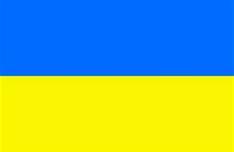 Wealth management houses provide their views on the fall-out in global financial markets over Russia's escalation in Ukraine.

Tensions between Russia and Ukraine have escalated following Russian president Vladimir Putinâs decree recognising the separatist territories in eastern Ukraine as independent states. These regions are Russian-backed separatist regions, which have been fighting Ukrainian forces since 2014. Just hours following the declaration, Putin ordered troops into the two regions. While the Kremlin calls this a âpeacekeepingâ mission, the move has raised worries that Russia wants to wage war on Ukraine.

Uncertainty over Putinâs next intentions following Russia's latest actions is now the main concern. The separatist decree and deployment of Russian troops has already hit markets and raised risks of further sanctions and disruptions.

The US, EU and Ukraine have declared the Russian move as an escalation, and the UK has sanctioned five Russian banks, Rossiya, IS Bank, General Bank, Promsvyazbank and the Black Sea Bank, along with three high net worth individuals, Gennady Timchenko, Boris Rotenberg, and Igor Rotenberg. Germany has withdrawn approval of the Kremlin-backed Nord Stream 2 gas pipeline, the first in a wave of western sanctions against Russia.

Fund managers are reducing their positions on Russia.

Here is a variety of comments from wealth management figures:

Steve Clayton, select fund manager, Hargreaves Lansdown
Russian troops have not massed along the Ukrainian border in order to hold a cake sale. However this unfolds, tensions and uncertainties are likely to run hot for some time to come. The market will not like any escalation, nor will it trust any settlement between the parties unless accompanied by a rapid demobilisation of Russian forces around Ukraine.

Whenever international tensions flare, money tends to rush towards safe havens and the greatest of these has long been the US Dollar. The Yen could also benefit. Japan has stayed away from this argument. Cautious money tends to head to the least risky assets, so it looks as though US Treasuries and JGBs could benefit.

Banking shares could come under pressure. Effective sanctions will impact on economic activity and banks will be where it is felt in the West. Lending volumes would be hit too, if tensions really rocket, because cautious consumers and businesses will refrain from borrowing until they feel more confident.

The real message for investors is that in the long run, it rarely pays to worry about the headlines. If it looks as though share prices are coming under pressure, go look for bargains.

Kunjal Gala, emerging markets portfolio manager, Federated Hermes
The prospect for sanctions on Russia is high and the potential in the Russian economy has weakened over the medium/long term as the government focuses on geopolitical matters over prioritising issues plaguing the domestic economy and reforms.

It is also likely that Russia will move out of major EM indices resulting in investment outflow from the market. We currently maintain an underweight allocation to Russia and are further reducing our position. Despite low valuation, and a bounce in stocks, prospects for the Russian economy will be weak going forward.

At some point, the euphoria in the energy markets should also cool down, turning the tailwinds into headwinds for the Russian economy dependent on oil and gas.â

Yerlan Syzdykov, global head of emerging markets, Amundi
As the Russian market started pricing in increasing geopolitical risks, and sanctions risks in particular, we see an opportunity in those sectors which are potentially less vulnerable to international sanctions (e.g. domestic consumption). We would avoid the banking sector, which is being targeted by the sanctions in the EU, US and UK. There are broader opportunities in Russian equities, which will emerge once the geopolitical uncertainties subside.

If things continue to escalate, the situation is likely to create a risk-off sentiment for broader global markets, where investors may decide to gravitate towards safe haven assets until we get more clarity around the overall security situation in Ukraine.

Kelvin Tay, regional CIO, UBS Global Wealth Management
While it is too early to make a final assessment on what Mondayâs events mean for the further course of events, the severe risk case â including fighting and a prolonged interruption of Russian energy exports â still represents a tail risk.

Investors with diversified portfolios and a long-term investment plan would be well-prepared in case of an escalation as well as a relaxation of tensions. Also, allocations to commodities and energy stocks are an attractive option to help investors hedge portfolio risks. Energy prices would rise in the event of an escalation around Ukraine, as well as if cooler heads prevail amid rising demand and constrained supply.

Kelly Chung, senior fund manager, Value Partners
The escalating tensions between Russia and Ukraine did not bode well for markets, as it added to investor concerns on the persistently high inflation in the US and a more hawkish Fed.

While we view that Russia will not wage war with Ukraine, we expect that tensions may further escalate, which could exacerbate inflationary pressures. With both Russia and Ukraine being major exporters of oil and other commodity products, the tensions may cause more bottlenecks in the supply chain and push up energy and food prices. In addition, any response from western economies, especially the US, would be trade sanctions, which should also impact oil and food prices.

We expect that tensions between the two countries will prolong longer, and the market is still yet to price in this geopolitical uncertainty. However, we view that the market impact will not last too long (historically direct market impact from geopolitical tension lasts from three weeks to three months). As more important market drivers associated with the tensions are inflation-related, investors will eventually focus back on the Fed, particularly on having a clearer picture of its balance sheet normalization.

Jamie Maddock, equity research analyst, Quilter Cheviot
Geopolitical events can cause oil prices to be volatile and this will be a concern for businesses and consumers alike given where inflation currently sits. Prices have risen sharply and, although signs are there that this is beginning to broaden out, higher oil and gas prices will do nothing to alleviate the stickiness of this inflation.

It is also interesting to see Germany halt approval of the Nord Stream 2 gas pipeline from Russia. While Germany looks for alternatives, this will take time and push prices up further across the continent. A significant part of Europeâs gas supplies come from Russia, so any disruption to this is going to have an effect on the prices paid by states, businesses and the end consumer.

William Jackson, chief emerging markets economist, Capital Economics
Restrictions on foreign investors holdings of Russian government debt may not have a major impact in practice. A lot would depend on the terms and conditions and whether foreign investors would need to sell all current holdings. Even then, foreign investors own a small share (20 per cent) of local currency sovereign debt so any forced selling may not push up bond yields significantly and Russiaâs government has very low financing needs so higher borrowing costs may have little near-term impact. What is more, sovereign bonds represent a small share of Russian bank assets, so there is scope for banks to step in.

Jason Hollands, managing director, Bestinvest
While it is understandable that investors will be spooked by a potential conflict in Europe, it can be unwise to take knee-jerk decisions on long-term investments based on short-term news headlines.

Nathan Rothschild, one of the founders of the banking dynasty, is alleged to have opined: "Buy on the sound of cannons, sell on the sound of trumpets,"  having made a fortune during the Napoleonic war. His words are often taken as advice to scoop up investments that others sell in a panic.

While buying when markets experience sharp sell-offs can make sense, trying to second guess when market declines have bottomed out is near impossible, and therefore a combination of not panicking, together with progressively adding to portfolios in small bites following falls is wiser than taking a cavalier approach.