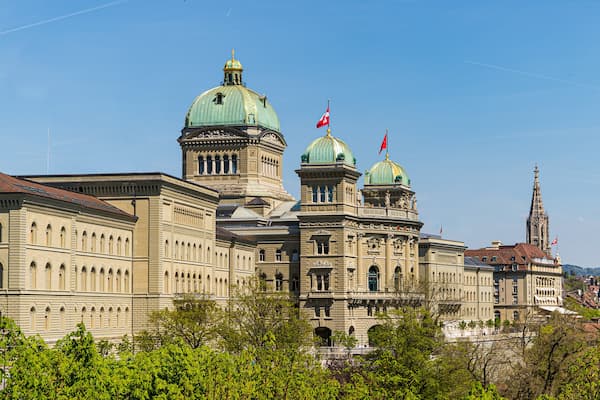 Finance and banking industry figures think the changes may persuade many foreign companies to establish financing activities in Switzerland, as well as galvanise the country's capital markets.

Policymakers hope such changes will revive the countryâs capital markets at a time when it is competing against rivals, such as those like Luxembourg that are in the European Union's Single Market. Switzerland isn't an EU member state, and has been at odds with Brussels over market access in recent months.

âThe ASPB supports the withholding tax and stamp duties reforms currently debated in Parliament. These reforms will more than cover their costs thanks to the new activities they will allow to develop in Switzerland, in particular in the field of green bonds. These bonds are needed to finance greenhouse gas emissions reduction projects,â the association, which represents nine banks, said in a statement issued yesterday on its website.

Switzerland levies withholding tax of 35 per cent on interest on bonds issued in Switzerland and bonds issued abroad but reclassified as Swiss bonds. The respective withholding tax may be fully or partially reclaimed where a double taxation treaty applies. Lawmakers hope that such changes, when signed into law, will bring bond issuance and transactions back to the country. The issue highlights continued competition between financial centres.

The countryâs financial sector has waited for more than a decade for lawmakers to review withholding and stamp taxes, while rival hubs such as Luxembourg have made their bond and fund markets more attractive, the Geneva-based organisation said in a newsletter.

âIf customers are looking for Swiss banks for their security, non-existent taxation elsewhere makes them prefer foreign investments,â it said arguing that proposed reforms could reverse this trend.

The stakes are particularly high because of the billions of Swiss francs and equivalent required to finance green investments, the ASPB said.

In a note published on 4 May, RenÃ© Zulauf, partner at Deloitte in Switzerland, said: âWe believe that the abolition of the withholding tax and the securities transfer tax on Swiss bonds will strengthen substantially the position of Switzerland as an international centre for finance and treasury. This has the potential to bring many finance and treasury-related jobs back to Switzerland, which should more than compensate over the longer term for the short-term drop in tax revenues.â (Source: International Tax Review.)