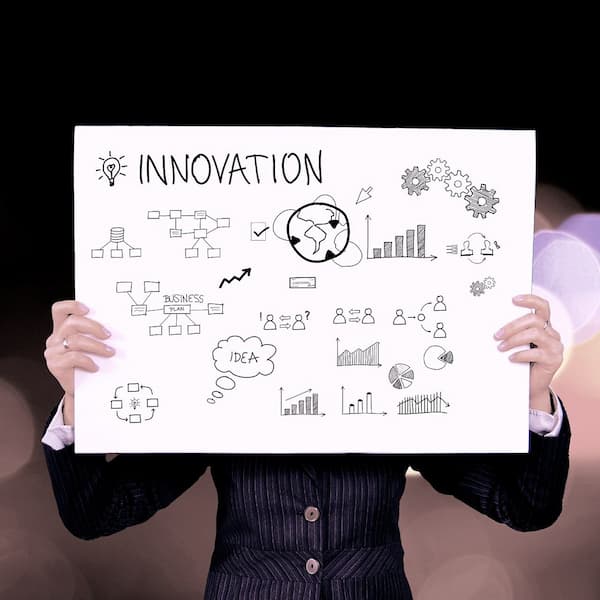 This book review considers a new work charting the sources of wealth in the developed world, arguing that some recent claims about the nefarious origins of great riches are overblown and often plain wrong. Controversial maybe, but important food for thought.

The following book review comes from Dr Rainer Zitelmann, who has also written several commentaries for this news service (see an example here). The editorial team are grateful for this review; we do of course invite readers who might want to do so to respond. Email tom.burroughes@wealthbriefing.com and jackie.bennion@clearviewpublishing.com

Leave Me Alone and Iâll Make you Rich. How the Bourgeois Deal Enriched the World, Deirdre Nansen McCloskey and Art Carden, The University of Chicago Press, Chicago and London 2020, 227 pages.

One day a socialist is supposed to have come into the steel magnate Andrew Carnegieâs office at the height of his wealth in the 1890s and demanded that the rich should distribute their wealth to the poor of the earth. Carnegie, so the story goes, asked his assistant to estimate his current wealth and then divide it by the number of people in this world. The assistant returned shortly thereafter with the figures and Carnegie told him: âGive this gentleman sixteen cents. Thatâs his share of the wealth.â

Nobody can say for certain whether or not this really happened. In a sense, it doesnât really matter. But it is one of several entertaining anecdotes that make this scientific book so enjoyable. Hereâs another: In the 1930s, an old friend came to comedian Groucho Marx and told him: âGroucho, I desperately need a job. You have contacts.â The friend was a communist and, from a communist point of view, every form of employment was also a form of exploitation. Groucho Marx, displaying his cutting wit, replied: âHarry, I canât. Youâre my dear Communist friend. I donât want to âexploitâ you.â

The book is peppered with such anecdotes, but it nevertheless addresses a serious question: How did prosperity come into the world? After a lengthy period in which the standard of living changed little in societies that had remained static for millennia, capitalism emerged in the 18th and 19th centuries and led to a dramatic improvement in peopleâs living conditions. The authors, however, avoid the word âcapitalism,â which they consider a polemical term used by leftist intellectuals. Instead, the authors speak of âliberalismâ and âinnovismâ because they believe these terms are scientifically more accurate.

Slavery and colonialism are not the roots of capitalism
Despite their objections, I will use the word âcapitalismâ here because, at its core, this book is about how capitalism came into being. The authors address a number of common explanations, but conclude that none are convincing. Property rights and the rule of law, for example, pre-existed capitalism by hundreds of years, so these are necessary but not sufficient conditions. Similarly, the development of science, while very important, was a consequence rather than a cause of economic enrichment: âHigh science was more a result of economic growth than a cause.â Scientific breakthroughs at the time, the authors observe, were more a consequence than a cause of technological innovation."

The authors go on to demonstrate that even the currently fashionable explanation that capitalism is rooted in slavery and colonialism does not convince. Slavery was by no means a modern invention, having existed for millennia, and, the authors inquire, if the profits from slavery had driven the emergence of capitalism, then why did capitalism emerge in Holland and Great Britain, rather than in China, or perhaps in Portuguese-speaking Brazil, which received many more African slaves than North America did? And the economist Thomas Sowell noted, â14 million African slaves were taken across the Sahara Desert or shipped through the Persian Gulf and other waterways to the nations of North Africa and the Middle East, compared with some 11 million Africans shipped across the Atlantic.â

In any case, why should the profits from slavery in particular have been so crucial to financing industrialisation? âIf the profits, such as they were, of the trade are judged [to be] crucial, why not the profits from, say, the pottery industry, of similar magnitude, or from retail trade, much larger? What makes shameful profits more efficacious for the Great Enrichment than honorable ones? (The reason seems to be the desire to see âcapitalismâ anyway as born in sin.)â

The popular explanation today that capitalism has its roots in colonialism is also false. Portugal and Spain, the first imperialist powers with colonies from Mexico to Macao, were the poorest in Western Europe at the time capitalism emerged. And countries such as Sweden and Austria became rich even without significant overseas colonial territories.

The importance of ideas
The authors argue that the real reason why capitalism emerged and the world became rich was a change in âethics and rhetoric and ideology.â They turn Marxâs logic, according to which being determines consciousness, on its head. No, they point out, it was the other way around: a change in ideology laid the foundations for all of the revolutionary changes that capitalism brought.

Of course, one should not think of the emergence of capitalism in terms of Adam Smith writing a book and then having his ideas implemented by clever politicians. Rather, as F A Hayek has well explained, capitalism arose as a spontaneous order â similar to the way languages or plants arise. The importance of ideas, in my opinion, lies more in the role they play in removing the barriers to spontaneous growth previously imposed by rulers and states. In my book The Power of Capitalism, I use China as an example for exploring this phenomenon: In China, capitalism first developed spontaneously, in rural regions. The importance of ideas and politics lay in the fact that Deng Xiao Ping issued the slogan âLet some get rich first.â As soon as he said those words, spontaneous processes were no longer blocked, they were officially sanctioned.

The authors also dispel many myths surrounding the emergence of capitalism, including those surrounding the intolerable conditions in capitalismâs earliest stages. Industrialisation and urbanisation, they argue, did more to overcome poverty than to create it. Taking France as an example, they show how widespread hunger was in rural France before the onset of industrialisation. And the authors also disprove the myth that improvements in peopleâs living conditions in the 19th and 20th centuries were primarily due to the labour movement, trade unions and the welfare state. Living conditions improved, they explain, primarily as a result of increased productivity and not of wealth redistribution by the welfare state.

It is to the authorsâ great credit that they do not argue theoretically, as many modern economists do, but historically: With an astonishing wealth of facts and an astute understanding of history, they refute many widespread myths â and they do so in such an entertaining way that it makes this book a constant pleasure to read.

About the reviewer
Rainer Zitelmann is a German historian and sociologist. His latest books include The Rich in Public Opinion: What We Think When We Think About Wealth, which was published by the Cato Institute in 2020, and The Power of Capitalism.