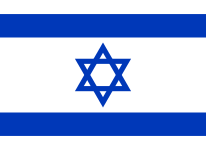 This article reviews the immigration, residence and tax regime in Israel.

The term "golden visa" or "golden passport" is applied to arrangements offered to those wishing to acquire residence in certain countries (European countries are very popular) where eventually they will be eligible to obtain citizenship. In this article, Alon Kaplan, advocate, and Lyat Eyal, Aronson, Ronkin-Noor Eyel Law Firm and Notary, look at the connections in this field between Europe and Israel.

Israel is a jurisdiction that perhaps deserves to receive more attention than it currently gets an international financial centre. The editors of this news service are pleased to share the views of these experts and invite readers to respond. The editors do not necessarily endorse all views of guest writers. Email tom.burroughes@wealthbriefing.com and jackie.bennion@clearviewpublishing.com

There are various programmes specific to each country with a similar pattern: a requirement of a sizable investment in real estate or financial instruments in addition to some processing procedures which require payment for the professional services of lawyers, accountants or other specialists.

A number of examples below include the countries and the amount of investments required (in euro):

In addition to the countries listed above, other countries offer different systems:

-- Italy: (i) the first option is an "investment programme" requiring an investment in the amount of â¬2 million ($2.24 million) in Italian government bonds, or â¬1 million in Italian publicly listed companies or â¬0.50 million in an innovative startup; or (ii) the second option is a "flat tax regime" whereby the HNW individual pays a fixed annual amount of â¬100,000 to the Italian tax authority and is granted a tax relief from tax payments on any foreign income earned or accumulated outside Italy.

-- Cyprus: An investment of â¬2 million in real estate is required, plus a donation of â¬75,000 to the Government's Research and Development fund and â¬75,000 to the Land Development Organisation. Citizenship may be obtained within six months of said investments. It is obvious that the "golden visa" regimes are available to HNW individuals who can afford to pay the costs and the investments required. It is important to note that any person considering such an option should obtain proper professional advice as to the consequences of relocation from their home country, including issues of health and life insurance, tax, including estate tax, gift tax, inheritance laws, and marital agreements.

This article will review the immigration, residence and tax regime in Israel. It is important to note that there is no capital investment required and any individual is eligible to participate if that individual meets the criteria of the Law of Return 1950 as described below.

Introduction
Israel was formed as an independent state in 1948 and has ever since been a country founded on immigration. Because of historical events, the Law of Return 1950 was enacted to allow individuals of the Jewish faith to immigrate to Israel and receive Israeli citizenship.

Individuals who do not wish to immigrate or those who cannot receive Israeli citizenship may also reside in Israel under certain circumstances and conditions following certain administrative procedures such as visa applications.

Over the years, various governmental policies were implemented, and legislation was enacted (and revised) in support of immigration, including, but not limited to, the Tax Ordinance [New Version] (hereinafter, the "Tax Ordinance").

Who is an Israeli resident?
The question of Israeli residence has been the topic of a number of high profile litigation cases recently. As a result of many litigated disputes on the issue of residence, the Tax Authority has indicated that there is an intention to revise the rules and clarify the subject matter. At present, Israeli residence for tax purposes is a rebuttable presumption based on a day count of an individual's presence in Israel. Generally, a presumption of residence in Israel is established where an individual is present in Israel during at least 183 days annually or for at least 30 days in any given tax year and at least 425 days cumulatively in that same tax year together with the immediately preceding two years (1).

Notwithstanding, residence is based on a "center of life test" which is a subjective test taking into consideration many factors such as one's permanent home, the jurisdiction of residence of immediate family members, one's business activities, financial interests or place of employment as well as volunteering activities in organisations, worship locations and activities at various institutions. Details for determining the subjective elements of residence may include the jurisdiction in which medical care is sought, membership at social events (such as a subscription to shows and/or concerts) as well as membership at various clubs (such as a gym, country club or university alumni).

Immigration definitions
The Ordinance defines the residence categorisations listed below (2):

a. New immigrants are individuals immigrating to Israel and residing in the country for the first time.

b. Returning residents are Israeli citizens who resided in Israel, emigrated and resided abroad and return to reside in Israel after having resided abroad for a period of at least six consecutive years.

c. Long-term returning residents are Israeli citizens who resided in Israel, emigrated and resided abroad and return to reside in Israel after having resided abroad for a period of at least ten consecutive years.