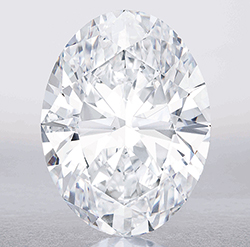 We talk to a business using cryptocurrency and blockchain tools to make diamonds a more efficient commodity market, overcoming historic factors that have previously prevented this. So far, only 1 to 2 per cent out of a total size of $1.2 trillion of gem-quality diamonds are owned by investors.

Diamonds are becoming âfinancialised.â They are far more investable than before, creating inflows and boosting liquidity, the founder of a tech-driven business has told this publication.

Last week, Diamond Standard, which has developed a âdiamond commodityâ investment offering, closed a $30 million investment round. The round was led by Left Lane Capital and Horizon Kinetics. Additional participants include Gaingels and Republic.co.

The fundraising programme came after the group launched the Diamond Standard Fund, enabling investors to allocate to diamonds through shares, rather than holding physical diamonds directly. In the past, the specific qualities of diamonds â every one of them is different â has tended to make it hard to treat them as an homogenous asset class, such as gold. Diamond Standard is using technology from the cryptocurrency and blockchain space to drive development.

At the core of the firmâs approach is bringing previously hard-to-enter asset classes closer to the mainstream. And that chimes with the rise of âtokenizationâ of asset classes such as venture capital, private equity and forms of real estate. (See articles here and here for more on the trends.)

Cormac Kinney, founder of The Diamond Standard, uses the term âfinancialisationâ to describe what, to some extent, his business is all about.

âDiamonds are getting financialised and that is driving up their price,â Kinney told this news service.

And it is not just diamonds that could could be treated in this way. Kinney noted that the Uranium market has become much more âfinancialisedâ in recent years, as with the rise of uranium-linked exchange-traded funds.

There are possible uses in areas such as carbon credits and forms of real estate. âWe have been approached by a number of companies,â Kinney continued.

The Diamond Standard might hold part of the solution to the problems that have hit the stablecoin market this year, when prices slumped dramatically and, in some cases, were wiped out.

âThere are a lot of uses of diamonds â as a store of wealth, as a hedge and all the vectors that drive diamond demand,â Kinney said.

The business has been through rapid change â even the two-year pandemic didn't prove much of a barrier.

In September 2021, the firm announced that it had new headquarters on Fifth Avenue, New York, overlooking the cityâs diamond district and near the Gemological Institute of America. Last year it also announced that agreements were in place to develop diamond futures offered by MGEXâ ¢ via the CME GlobexÂ® platform, and options via MIAXâ ¢.

The above-mentioned Diamond Standard Fund is approved by the Bermuda Monetary Authority (achieving reciprocity with the Securities and Exchange Commission). It invests in fungible diamonds via standardised coins and bars and is targeting an initial capacity of $500 million working with wealth managers, high net worth investors, family offices, IRA platforms, and institutional investors.

How does the Diamond Standard work?

The firmâs process produces âcoinsâ and âbarsâ composed in such a way that they reflect the proportions of diamondsâ defining qualities (carat, cut, etc) across the entire diamond market as found in the earth. This creates a standardised measure of such qualities â allowing a fungible commodity to develop, which can then be tokenized via blockchain distributed ledger technology. The fungible sets of diamonds are sealed in transparent resin â to create the Diamond Standard Coin or Diamond Standard Bar â containing a military grade wireless encryption chip.

Custodians store the commodity in smart cabinets, which audit them constantly, enabling owners to transact them remotely using the âBitcarbonâ token. The owner alone has the digital key. For every transaction, the encryption chip is challenged by the blockchain in a process called "proof-of-asset.â When the commodity is held by the owner it can be authenticated and sold using a smartphone anywhere in the world.