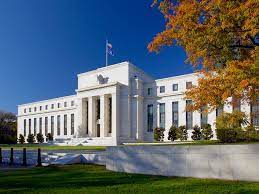 The world's most powerful central bank has hiked interest rates again, and the language used by its head suggested to some investors that a peak is in sight. Whether they are correct is another matter. Here are reactions from wealth managers.

The US Federal Reserve yesterday hiked interest rates by 0.75 per cent, or 75 basis points, to a range between 2.25 per cent and 2.5 per cent. Fed chairman Jerome Powell did not go into detail about future rate rises and hinted that there would be an eventual slowdown in such hikes.

The comments in his press remarks following the announcement prompted stocks to rise. The assumption seems to be that rates arenât heading much higher from here. It is worth noting that inflation is at near double-digit levels in the US and in many other developed nations. Debate remains on how much of it is transitory or more entrenched.

Here is a roundup of some wealth managersâ and economistsâ views on the Fed decision.

Kiran Ganesh, multi-asset strategist, UBS Global Wealth Management
âIn going for 75 bps, rather than 50 bps or 100 bps the Fed is trying to thread the eye of the needle as it seeks to underline its credibility on inflation-fighting while also staying mindful of the risk of overtightening. For now, markets are likely to take the in 'lineâ release well, but inflation and the pace of rate hikes will need to come down before we see a more sustainable rally.â

Salman Ahmed, global head of macro and strategic asset allocation, Fidelity International
âThe continued focus on inflation and labour market strength was striking in the press conference comments as the two main drivers behind the pace of hiking. We think a significant slowdown is already in the pipeline and will start to show in hard data in the coming weeks and months.

âHowever, continued strength in the labour market â with only very tentative signs of some easing in demand and supply pressures â and the Fed's focus on lagging hard data means another 75 bps hike is possible at the next meeting. The risk here is that the Fed tightens policy too far too quickly, making a hard landing inevitable.

âMarkets have toned down the level of terminal rates in this cycle to around 3.25 per cent with a more front-loaded profile in recent days. We agree with this current setup, but think another hawkish burst from the Fed, driven by (lagging) hard data, is possible in the short term. Given the pressure to visibly reduce inflation via monetary policy, conflicting signals mean short-term policy profile from here remains uncertain.â

Richard Flynn, UK managing director, Charles Schwab
âTodayâs announcement underlines that the Fed is focused squarely on bringing down inflation. More rate hikes are likely in the second half of the year, and itâs worth remembering that in addition to rate hikes, the Fed is also tightening policy by allowing its balance sheet to shrink. In other words, Treasury securities held by the Fed are being allowed to mature without the Fed reinvesting the proceeds â a strategy called quantitative tightening.

âThe Fedâs aggressive tightening risks tipping the economy into recession. GDP growth was negative in the first quarter, and likely weak in the second quarter. Leading indicators of growth, such as housing activity, new business orders, and consumer spending have all turned lower in the past few months.

âThe outcome of running a tight monetary policy in a slowing-growth environment is likely to be a further flattening or inversion of the yield curve, the underperformance of riskier segments of the bond market, and a stronger dollar. As the tug-of-war between inflation and recession fears plays out in the second half of the year, we expect to see highly volatile markets.â