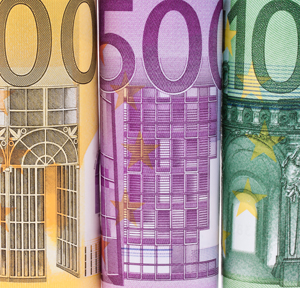 The European Central Bank is starting to move away from the ultra-loose monetary policy that has been in place for more than a decade.

The European Central Bank is turning off the monetary taps, ending its bond-buying programme (known as quantitative easing) and raising rates by 25 basis points. This is the first time it has hiked rates for 11 years â a sign of how long the eurozone has subsisted on ultra-cheap borrowing since the 2008-09 financial crash.

The ECB said it would raise its key interest rates by 0.25 per cent in July, with further increases planned for later in the year. QE will also halt on 1 July.

The US Federal Reserve and Bank of England have already pushed rates higher, and more are expected as central bankers wrestle with the highest inflation rates since the 1980s. A decade of QE, pandemic-related disruptions to supply chains, governments' decarbonisation policies, US tariffs on Chinese imports and the Russian invasion of Ukraine have arguably combined to cause the problem. The episode is also prompting debate on whether central bankersâ reliance in past decades on inflation targeting is wise.

Here are some reactions from economists and wealth managers:

Matteo Cominetta, senior economist, Barings Investment Institute
One has to recognise that the ECB faces exceptionally unclear circumstances: the post-Covid reopening and a solid tourist season will push the recovery while extreme inflation, plunging confidence and potential worsening effects of war will all hinder it. Negative interest rates and QE are, however, hardly justifiable even with such elevated uncertainty, so it is probably the right choice to remove them.

That said, todayâs decisions are putting a lot of weight on current conditions at the expenses of the medium term. This looks gloomy for Europe, with structural headwinds such as the historic energy shock, the need to redirect supply chains away from Russian imports and the green transition costs all piling up on an economy that did not show particular buoyancy in the last decade. As we move into 2023 and the temporary tailwinds dissipate, the full weight of the structural headwinds may become clearer and possibly force the ECB to cut rates, just as it did in 2011.

Silvia Merler, head of ESG and Policy Research, Algebris Investments
Mayâs inflation data surprised to the upside last week, paving the way for bolder action by the European Central Bank (ECB) over the summer. Eurozone-level data came in at 8.1 per cent for May, above the previous record of 7.4 per cent and the consensus expectations of 7.8 per cent.

Germany and Italy saw the most worrying inflation trends, against some sign of moderation in France and Spain. European data also shows early signs of rising wage pressures â the ECBâs negotiated wage indicators rose to 2.8 per cent for the first quarter of 2022, up from 1.6 per cent in the fourth quarter of 2021. Hawkish rhetoric from ECB speakers has picked up considerably over the past month, and May data meant that decently bold action had to follow. The fact that inflation hadnât yet peaked made the June meeting this week a good opportunity to guide markets towards that.