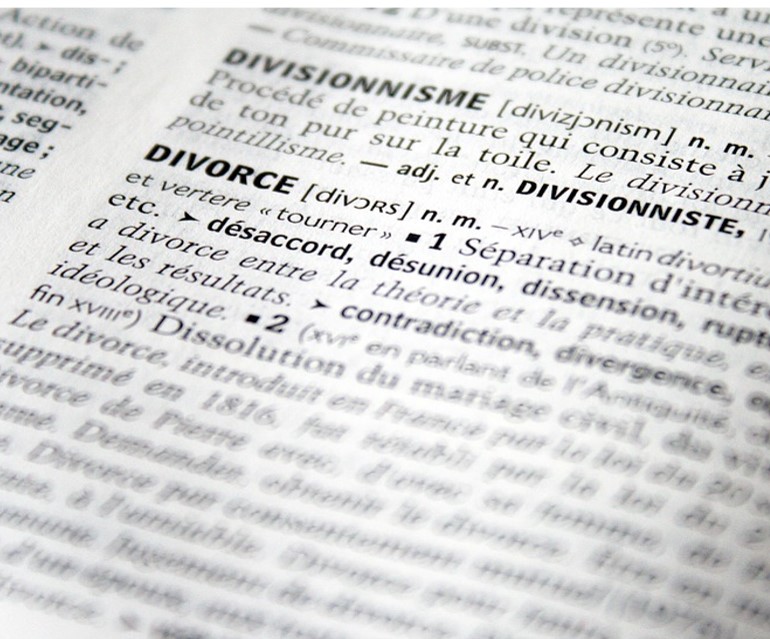 A change in law affecting England and Wales came into force from early April, changing the landscape for divorce law.

For several years there have been moves to introduce a system of so-called âno fault divorceâ arrangements into England and Wales â akin to what has been the case in the US, stemming from a change to California law in the late 1960s. (Ronald Reagan, governor of the state at the time, said allowing no fault divorce was the biggest mistake of his political career.) Whatever certain views, however, the momentum behind this approach to divorce appears unstoppable.

In the following article, Ronnie Mortimer, associate at Fladgateâs Family Law practice, writes about the legislative development for England and Wales (the situation is different in Scotland, which has had a degree of legal autonomy going back decades). There are clear implications for wealth management and private client work from such an important change to family law. The usual editorial disclaimers apply to views of guest contributors. Email tom.burroughes@wealthbriefing.com

From 6 April 2022 The Divorce, Dissolution and Separation Act 2020 introduced âno fault divorceâ in England and Wales making a divorce or dissolution, we are told, as easy as ticking a box (literally) to confirm that your âmarriage or civil partnership has broken down irretrievably.â

No fault divorce has been a long time coming. Resolution, a community of family justice professionals, had been campaigning for it for over 30 years. In 2018, many hundreds of its members gave their views as to why the previous law needed to change. It was found that, ânine in 10 family law professionals say the current law makes it harder to reduce conflict and confrontation between clients and their ex-partnersâ and â67 per cent of [its] members say the current law makes it harder for separated parents to reach agreements over arrangements for children.â (1)

So what was the previous law?
Sadly, âdivorceâ has long been seen as a dirty word. It was either not to be mentioned or kept quiet. That was not surprising given that the legislation focused on the âblame game.â

A spouse who wished to divorce needed to demonstrate that their marriage had broken down irretrievably. The fact that a marriage had broken down should have on the face of it, been a good enough reason to bring about the end of the marriage, but a spouse had to prove one of the following five facts: (1) adultery; (2) unreasonable behaviour; (3) desertion; (4) two years separation with consent; and (5) five years separation without consent.

Many petitioners were only able to rely on adultery and unreasonable behaviour in order to bring about a swift end to their marriage, but those two facts that focussed on blame almost certainly cast a dark shadow over the divorce proceedings from the outset. In reality, no one may have been to blame for the breakdown of the relationship, and it is often the case that a couple may just drift apart and fall out of love. In 2020, unreasonable behaviour was the most common reason for wives petitioning for divorce among opposite-sex couples and for same-sex couples. Unreasonable behaviour accounted for 55.2 per cent of female divorces and 57 per cent of male divorces. However, it is difficult to be certain about the true underlying reason, or whether unreasonable behaviour was used as a ground for convenience to avoid waiting for two years' separation.

The allegation of unreasonable behaviour has been confined to the history books now that the new law has come into effect. Many will recall the case of Owens v Owens in which the husband contested the divorce proceedings. Mrs Owens had based her petition on her husbandâs unreasonable behaviour, but when the case came before the Supreme Court in 2018 the Justices (albeit with some dismay) agreed with the lower Courtâs view that the marriage she described as âunhappyâ and âwretched,â and that her claims that her husband had prioritised work and disparaged her (amongst many others), were insufficient to prove her case. Sadly, Mrs Owens was locked into a marriage and had to wait until February 2020 to apply again to the Court for a divorce. Just how wretched did a marriage have to be?

What is the new position as of 6 April 2022?
As of 6 April 2022, the assignment of blame in divorce or dissolution proceedings no longer exists. The five facts have been removed and replaced with a simple statement from one or both âapplicantsâ (as they are now called) confirming that the marriage or civil partnership âhas broken down irretrievably.â It is now possible for the application to be made on a joint basis.

Will âno faultâ divorce have an impact on the financial outcome?
In short, the answer to that question is no. The court will continue to treat the financial side of the divorce separately from the divorce itself. It is a common myth that a spouseâs bad behaviour in a marriage or civil partnership should affect the financial settlement. The courtâs view is that conduct will only affect the financial settlement in relatively extreme cases if it is âobvious and gross,â and so serious that it would be unfair for it to be ignored. That was the case before 6 April 2022 and the position will remain notwithstanding the new law.

If a financial settlement cannot be reached outside of court, it may be necessary for the court to determine the matter. Given the alternative options that are available to couples seeking to resolve the finances (i.e. mediation, solicitor negotiation, collaborative law, early neutral evaluation and arbitration), the courtâs assistance should only be sought as a last resort.

Whilst the new law will not affect a financial settlement arising from the divorce or dissolution, it is hoped that by removing the need to establish one of the âfive factsâ that will in turn save costs for the parties. For example, if under the old law you were to petition for divorce on the basis of a respondentâs unreasonable behaviour, you would have needed to give four or five examples of the otherâs partyâs unreasonable behaviour. That obviously took considerable time and careful thought to ensure that the petitioner properly made out their case.

Prior to 6 April 2022, defended divorce or dissolution proceedings would increase the partiesâ costs unnecessarily, but that will no longer be the case as the ability to dispute the proceedings has been removed (save in limited circumstances where the jurisdiction of the court or the validity of the marriage or civil partnership is disputed).

Whilst the drive is for applications to be made online, which âshouldâ make the divorce or dissolution process much faster and cheaper, that is not necessarily the case as the previous court fee of Â£593 still remains the same.

Is âno faultâ divorce welcomed?
Family law professionals are generally in agreement that the new law is a positive step. Recent research commissioned by Fladgate LLP found that 51 per cent of divorced people in the UK would have opted to apply to the court on a no fault basis if it had been an option at the time of their divorce, with minimising hostility and placing less of a strain on mental wellbeing and family relationships cited as some of the perceived benefits of a no fault divorce.

It is not possible to say at this stage whether the new law will tick all of the boxes, but whatever the pros and cons may be, it is the start of a new chapter in family law and will give couples the opportunity, perhaps, to part on more amicable terms.