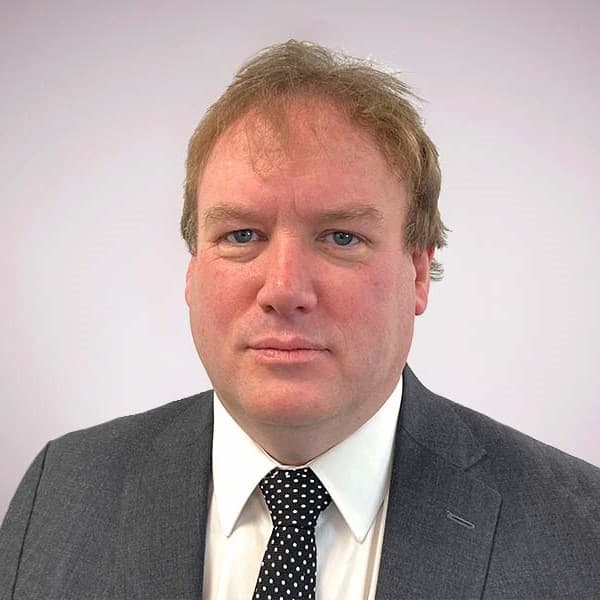 The author of this article takes an acerbic look at the conduct of journalists in some of the recent data leaks from offshore centres, such as the Panama, Paradise and Pandora "papers" cases.

Away from the pandemic, one of the regular stories of recent years has been about âleaksâ of data from offshore financial centres. They now resemble a franchise with titles redolent of spy novels: Panama Papers, Pandora Papers and Paradise Papers. Other âpapersâ may be in the offing. They raise serious questions: Should politicians who are eager to berate others for supposedly hiding money offshore be punished for doing the same thing? What is the legitimate boundary between privacy and secrecy? In a turbulent world, what is the justification for offshore centres and how can they make a stronger case for existing? And last, but not least, how do investigative journalists ensure that information they obtain isnât endangering the welfare and even lives of people whose personal information is put into the public domain? After all, the International Consortium of Investigative Journalists, which has co-ordinated these "papers," has been careful to note that none of the individuals mentioned in these accounts have necessarily broken the law. And that is the crux of the matter.

In this article, Andrew Park, tax partner at Anderson LLP in London, considers recent revelations, the conduct of the press and various professional organisations, and comes to some conclusions. This is clearly controversial territory, and the editors are grateful to Park for his views and insights. The usual editorial disclaimers apply. To enter the conversation, email tom.burroughes@wealthbriefing.com

Now approaching six years since the âPanama Papersâ story first broke, The Guardian and BBC Panorama have received the coveted Investigation of the Decade award for their role in it at the British Journalism Awards. Judges praised them for the way they âshone a light in some of the darkest corners of international finance.â

Although the Panama Papers followed a decade of data leaks from international banks in Switzerland, Liechtenstein and elsewhere, never before had journalists acquired such a comprehensive mass of internal information from an offshore law firm. Journalists at over 100 global news organisations coordinated by the International Consortium of Investigative Journalists set to work on c. 11.5 million documents â everything, it seemed, which Panamanian law firm and offshore service provider Mossack Fonseca had held in its computer systems. Even now, little is known about the unidentified leaker other than their claim to have a social justice motive.

The information leaked was compromising in that it pointed to many instances of apparent wrongdoing â much of it candidly recorded in internal and external correspondence. As well as tax evasion, documentation pointed to acts of fraud and individuals throughout the world breaking international sanctions. In the UK, where the main impact was tax, the information was a gold mine for HMRC and led to scores of successful criminal and civil investigations and the recovery of over Â£200 million in unpaid taxes.

Even without the Panama Papers, HMRC was at the birth of a new age in its ability to obtain information about the offshore activities of parties that are tax resident in the UK. In the years that have elapsed since the exposÃ©, HMRC has never had so much information â from a succession of ongoing data thefts and leaks but also from the automatic annual exchange of financial information from so-called âtax havensâ and elsewhere under the Common Reporting Standard, from privileged access to many overseas beneficial ownership registries and from ever closer and more coordinated working and bilateral information sharing with counterpart overseas tax agencies such as the US Internal Revenue Service. Notwithstanding this, the Panama Papers leak was special because normal information gathering protocols do not give HMRC access to copies of letter and email correspondence, some of it candidly pointing to irregularities without circumspection or âwindow-dressing.â In other words, âsmoking gunâ material.

Even where deliberate wrongdoing might be apparent, HMRCâs normal modus operandi is to seek recovery of unpaid tax and levy interest and penalties by civil means rather than attempt criminal prosecutions, except in the most egregious circumstances. It need only glean information leading to a âdiscoveryâ of a loss of tax to raise tax assessments outside of the normal enquiry window. It can base the discovery assessments it relies upon to recover unpaid tax on stolen or whistle-blower information just like any other information. It also has sweeping civil information powers where initial information would give a reasonable suspicion of a loss of tax â deliberate or not â to demand whatever further information might be reasonably required to check the tax position from the taxpayer or third parties.

Bringing criminal prosecutions with offshore data leaks can be problematic given potential admissibility concerns were HMRC to seek to rely on stolen information that it might not be able to corroborate even once it knew what it was looking for.

In the Panama Papers, journalists and law enforcement bodies had something which confirmed some of their worst suspicions and prejudices about the use of offshore jurisdictions. However, subsequent journalistic attempts to repeat the success and actively contribute to tax enforcement have shown that â as far as international offshore law firms are concerned â Mossack Fonseca was surely an outlier.

In 2017, the ICIJ announced the âParadise Papersâ â which centred on circa six million documents stolen from prestigious international law firm Appleby and its then trust business â both based in Bermuda. However, it proved a damp squib. Although journalists felt that they had public interest grounds to make the private financial arrangements and business dealings of many Appleby clients public, they were not successful in pointing to obvious wrongdoing â least of all in a UK tax context. Figures such as HM The Queen and Sir Lewis Hamilton were subjected to moralistic scorn for the use of offshore financial arrangements in their personal financial planning but there was nothing unlawful in that â least of all criminal â when properly advised by reputable and competent professionals. Appleby promptly took legal action in the English High Court against the BBC and The Guardian over their publication of criminally taken confidential information and demanded details of all the documents passed to the journalists. The BBC and The Guardian were forced into a private settlement with Appleby in May 2018.

HMRC is a vast sponge for financial information and will have keenly acquired and analysed the Paradise Papers information. However, unlike the Panama Papers, there have been no headline grabbing statistics released by HMRC, the number of investigations opened and the tax recovered as a consequence. The information may have assisted HMRC in collecting further tax. However, if so, it seems that its success has been much smaller scale and limited to helping inform highly technical counter-avoidance investigations â into the sort of arrangements that are orchestrated upon professional advice with the intention of being fully tax compliant â even if the sheer complexity and sometimes shifting nature of UK tax law can sometimes result in a tax bill regardless when successfully scrutinised by HMRC.

Increasingly over the last six years, HMRC has adopted a tactic of mass-mailing ânudge lettersâ to UK residents which it has identified as having offshore connections. The letters refer to unspecified information about offshore income, gains or assets and suggest that there might be more tax to pay â in which case, the recipients are invited to self-disclose any omissions under the implicit threat of a tax investigation. The letters are a highly efficient use of scarce resource for HMRC, but they depend on taxpayers knowing that they have, or thinking they might have, done something wrong. The wealthy and sophisticated clients of firms like Appleby want to believe that they have done everything correctly on the best advice â so small pickings for HMRC with its nudge methods too.

Concerned about trying to uncover global financial wrongdoing generally, rather than just tax dodging in the UK, the ICIJ and its partners at the BBC and The Guardian made yet another offshore exposÃ© in October 2021 â the âPandora Papers,â c. 12 million leaked documents said to be from 14 different offshore service providers. It is too early to be sure what will unfold in the UK. So far, it appears to be following a Paradise Papers pattern of causing embarrassment to those whose privacy has been infringed rather than point to obvious deliberate wrongdoing. HMRC will eagerly seek to acquire everything that has found its way to the ICIJ and yet again HMRC will quietly go about its business of looking for underpaid tax.

Often blind to the differences between the two leaks, disappointed journalists and politicians blamed an imagined failure on the part of HMRC to make Panama Papers style inroads into tax abuse with the Paradise Papers. Now, with the Pandora Papers, an HMRC awash with ever more offshore information must contend too with the domestic distractions of unwinding COVID support measures and seeking to recover billions of pounds of COVID support fraud.  What HMRC needs right now is not more information but more investigators. Teams of journalists bombarding HMRC with raw information are no substitute for that.

Andrew Park is a tax partner at Andersen LLP in London, specialising in tax investigations, voluntary disclosures and contentious tax.