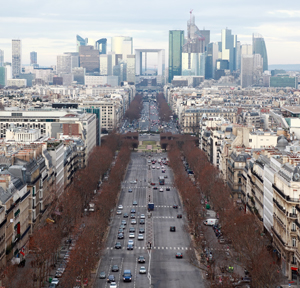 Assets under management at the wealth side of the business rose last year as markets and net new inflows rose. Net income and pre-tax profits fell in 2019, however.

On a brighter note, assets under management at the wealth and asset management side rose by 17 per cent to â¬76.0 billion in 2019, aided by â¬2.4 billion in net new assets.

During the last quarter of 2019, Rothschild & Coâs global advisory business completed its purchases of the Livingstone operation in the UK. (The global advisory business focuses on providing advice in the areas of strategic advisory and M&A, financing advisory encompassing debt advisory, restructuring and equity advisory, and investor advisory advising on engaging with shareholders on a variety of topics including activism, sustainability and governance.)

Among further details about the wealth and asset management side, Rothschild & Co said that operating income for 2019 was â¬73 million (2018: â¬85 million pre-Martin Maurel integration costs, or â¬76 million including these costs), representing an operating margin of 14.7 per cent, narrowing from the margin of 17.7 per cent pre-Martin Maurel integration costs.)  The margin contraction mainly reflected higher costs in the period relating to additional personnel costs (recruitment of client advisors in 2018 with a full impact in 2019 and opening of Dusseldorf office) higher compliance and IT costs as well as NII effect. (The Martin Maurel bank in France was bought by the group more than three years ago.)

âThe profitability target set for wealth and asset management was fixed in 2017 when future interest rate expectations were more positive. We now believe our target of around 20 per cent of pre-tax profit margin will be achieved in 2022 rather than 2020. This two-year delay mainly reflects the more challenging interest rate environment, higher costs linked to more complex regulation and our investment in technology, to respond to our clientsâ requirements,â the firm said.