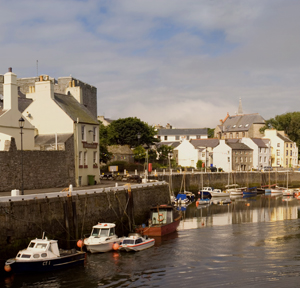 This publication spoke recently to a range of wealth management and associated practitioners in the island, a jurisdiction that like its peers faces challenges to the offshore world.

As the world of international financial centres evolves, certain jurisdictions tend to grab more attention than others, particularly if they have the kind of qualities that fit well into glossy magazines or racy media stories. The problem, however, is that the qualities which might be valuable over the long haul can get overlooked.

The Isle of Man, a British Crown Dependency boasting the worldâs oldest parliament (established in 979), isnât the largest IFC by population (about 85,000). It has a land surface area (221 square miles) which means that it isnât nearly as densely populated as some, such as Singapore (279 square miles, population of 5.813 million) or Malta (122 square miles, 440,370). The sun does not blaze away â thereâs a lot of rain - and while it is hilly and dramatic in parts, it does not have the appeal of Alpine mountains.

But the Isle of Man knows that it has enough to offer to make it a proposition that firms and individuals will consider. And the noise around Brexit means that jurisdictions linked to the UK but not a full part of it have experience of being âthird countriesâ in dealing with the European Union. Thatâs attractive. With geopolitical uncertainties rising, such as the unrest in Hong Kong, thereâs a premium for being stable, safe but also nimble.

The jurisdiction has made a conscious effort in the past decade to reduce its total reliance on financial services and offshore financial wealth management as a driver of total revenue. Financial services still account for about 42 per cent of total GDP, however, so it is still highly reliant on this area for much of its income.

During a recent visit by this publication, it was hard to avoid the number of references the islandâs government makes to areas such as aviation, IT and engineering â not to mention motorbike racing in the infamous annual TT race â as well as finance. Components for the Airbus aircraft are made in the Island. And the Isle of Man has been one of the earliest jurisdictions to build a presence in the blockchain/cryptocurrency arena, trying to juggle the feat of not being so far out front that it could fall flat on its face and close enough to the faster movers to not be left behind.

The island has been affected, as other UK-linked IFCs have, by calls for public disclosure of registers of beneficial ownership. A thorny issue, the jurisdictions have worried that public registers, such as those for trusts, will endanger the privacy that people â arguably rightly â expect, and put some of their business at risk. In June, in a bid to head off some potential problems, Guernsey, Jersey and the Isle of Man governments jointly unveiled steps regarding a central register of beneficial ownership information of companies. Importantly, trusts were not included.

Banking
One of the largest employers on the IoM is Barclays, with about 550 staff. An attraction for clients is that the Isle of Man has the kind of businesses in which they want to invest, driving a home-grown growth story thatâs sustainable, Stuart Nelson, director, Barclays Corporate and International, told this publication at his offices in Douglas.

A blue-chip banking name such as Barclays also understands the offshore financial world and has the experience and reputation that such a business needs, Nelson said. Having been on the Island for many years, it has accumulated a network of relationships with accountants, lawyers, financial advisors and other intermediaries that provide a fertile set of connections, he continued.

âThere are cases where ultra-high net worth people have moved to the Isle of Man and moved their offices here with themâ¦or we also have people living off the island who want to consolidate wealth here as it is a safe, secure jurisdiction,â Nelson continued.

Nelson and his peers hope that the sort of data provided by Locate Isle of Man, a promotional agency, will attract newcomers or returnees. The agency says that the average annual salary in the IoM is 14 per cent higher than in the UK. Immigrants need a work permit if they are EEA nationals or a visa if they are non-EEA nationals. Some high-demand jobs donât need a work permit, such as registered medical practitioners, secondary school teachers and e-commerce professionals.

The islandâs asset management sector (as of the end of June this year) holds a total of $18.18 billion of funds under management, and there are 292 fund schemes and a total of 106 âexemptâ schemes. Finance is clearly vital to the IoMâs prosperity, accounting for 42.3 per cent of gross domestic product.