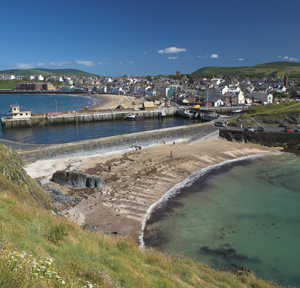 This article considers the issue of how "economic substance" affects IFCs.

A word that comes up a lot at the moment when referring to offshore, aka international financial centres, is "substance". With major governments trying to squeeze some IFCs, it is important that they prove that organisations and persons with operations based there have "substance" - people, offices, economic activity, and so forth. This is designed to move away from the day of empty shell firms and "brass plate" addresses with nothing "substantial" behind them.

Colin Bird, partner at Maitland based in the Isle of Man, provides an update on the âeconomic substanceâ rules brought into being in various offshore financial jurisdictions. He concludes that the most cost-effective, long-term solution may be to consolidate oneâs offshore structure into a single credible offshore jurisdiction. The editors at this news service are pleased to share these views with readers and invite responses. We do not necessarily endorse all views of guest writers. Email tom.burroughes@wealthbriefing.com or jackie.bennion@clearviewpublishing.com

The so-called Economic Substance Requirements of the European Union Code of Conduct Group were translated into legislation in certain non-EU jurisdictions from 1 January 2019.

Jurisdictions which are affected are Guernsey, Jersey, the Isle of Man, the British Virgin Islands (BVI), Cayman, Bermuda, Vanuatu and others. Many high net worth individuals and businesses are needing to review their offshore structures in the light of the development, to ensure that they are compliant.

Guernsey, Jersey and the Isle of Man were the first to release draft âEconomic Substance Requirementâ legislation and worked closely together to ensure a uniform approach to implementation, which was effective from 1 January 2019. The BVI, Cayman, Bermuda and the Bahamas followed shortly after, each with their own legislative approach. In the case of the Caribbean jurisdictions the legislation is generally applicable to any structures formed this year; structures formed prior to 1 January had until 30 June 2019 to have everything in place to meet the requirements.

Generally, the substance requirements form part of a worldwide trend towards tax transparency. In this, we believe there is a balance to be struck between the need for regulation and the rights of individuals to privacy.

There remain anomalies in the approach, notably in the omission of EU jurisdictions. For example, the economic substance requirements apply to the Channel Islands, and Isle of Man, however not to the jurisdictions of Malta, Cyprus or Liechtenstein.

Guidance proving challenging
In the past few months, most jurisdictions have issued guidance notes to help interpret the substance legislation but the guidance remains incomplete in many cases, remaining a challenge for both the authorities and practitioners to know how to implement it.

Multiplying the challenge, there are significant differences in the legislation among the jurisdictions involved, perhaps because each jurisdiction is focusing on its own particular offering and/or advantages, for example, the Cayman Islands appear to have a focus on investment funds.

There may be a temptation to go âjurisdiction-shoppingâ but we advise clients not to make hasty decisions, as we expect that discrepancies between jurisdictions will be ironed out under the scrutiny of the EU Code of Conduct Group which had a meeting in late June.

What Maitland is doing?
As a first step, we are helping our clients to analyse and understand where their entities are tax resident and whether their activities are affected by the legislation. The practical aim is to ensure that if a company is "caught" by the legislation that it does have adequate substance in the correct jurisdiction, being mindful that it may have reporting obligations in more than one jurisdiction. In the long run, the most cost-effective route may be to consolidate oneâs offshore structure to a single credible offshore jurisdiction.

A Wide Set Of Wealth, Business Tools In Jersey: In Conversation With Stonehage Fleming

Green Funds, Foundations And Other Qualities: The Guernsey Formula

Havens Of Calm In Volatile Times: The Channel Islands