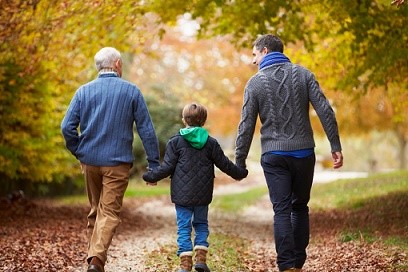 The Gulf region of the Middle East and Italy are very contrasting places - and both will be busy in the family offices space, argues the author of this item.

This article below, by Alastair Graham, of Highworth Research, an organisation working with Standard & Poorâs Global Family Offices, writes about the creation of family offices in very different conditions, to see what conclusions can be drawn from these developments in terms of strategy. The editors here are delighted to share these insights and invite readers to respond. While the examples in the article vary, the lessons are hopefully of value to readers worldwide.

One of the fastest growing sectors of financial services in recent years has been family offices. This process is likely to accelerate further but for different reasons depending on country conditions, leading to the conclusion that so long as wealth formation is feasible, family offices can flourish in countries with highly dissimilar social, economic, political and fiscal conditions. The Gulf states of Saudi Arabia and the Emirates on the one hand, and Italy on the other, demonstrate this. One of the few major conditions these countries have in common is that around 90 per cent of companies are family-owned.

In Saudi Arabia and the United Arab Emirates there has been steady accretion of wealth by Gulf merchant families since the first oil price shock in 1973. Wealth has been built with few constraints thanks to the oil price strength and minimal taxation.

Income tax in Saudi and the UAE is nil, while corporate tax is nil in the UAE and 20 per cent in Saudi. Wealth formation may stall in the next 2 years due to oil price weakness and government spending constraints but the inherited liquidity among family businesses is unlikely to erode by much. Moreover, over the past 10 years and the next 10, the merchant families who have built companies on the back of their countriesâ oil wealth since the 1970s have reached the stage where the reins of management are being passed to the next generation, many of them Western university educated. A high proportion of these are recognising that corporate governance, which is featuring like a mantra on an increasing number of Gulf company websites, means that management of company funds and family money need to be separated, and that the latter needs to be professionally managed.

In Italy the conditions for the formation of family offices are very different. It has taken much longer for many large Italian family companies to build wealth â a minimum of three or four generations rather than one or two. One of the causes is high taxation: income tax is 43 per cent currently on incomes above â¬75,000 ($82,639), capital gains tax is 27.5 per cent, and corporate tax is also 27.5 per cent.

Far from a commodity boom, the Italian economy has been in continual recession since 2008 and current prospects are not bright: the government debt to GDP ratio in 2014 was 132.3 per cent, rising to 132.8 per cent in 2015, fourth highest in the world behind Japan, Greece, and Lebanon: in Saudi in 2014 it was 1.6 per cent, in the UAE 15.7 per cent. Moreover the banks have significant bad debt issues: non-performing loans comprised 17.3 per cent of total lending in 2014 (rising to 18 per cent, or â¬350 billion, in 2015). In the microstate of San Marino, a private banking âhavenâ and effectively a dependency of Italy, non-performing loans were an eye-watering 43 per cent of total lending in 2014 rising to 45.8 per cent in 2015. In Saudi Arabia, the ratio is 1.4 per cent while the UAE is 6.5 per cent. Economic growth rates tell a similar story of sharp contrasts: Italyâs average growth rate from 1960 to 2015 has been 0.6 per cent, while in Saudi Arabia the rate from 1969 to 2015 has averaged 4.91 per cent, similar to the UAEâs 4.8 per cent.

The contrasts between the Gulf and Italy on many fundamentals lead to the paradox that family office formation in the one is likely to accelerate for positive reasons and in the other for negative. In addition to the differences mentioned already, a further key contrast can be seen in liquidity events - acquisitions, buyouts and IPOs: rare in the Gulf, accelerating in Italy.

In 2015 acquisitions of Italian companies, most of them family owned, rose a massive 81 per cent. In the longest recession in Italy for 70 years, some families are throwing in the towel. The De âLonghi family sold its Delclima air-conditioning company, founded in 1902, to Mitsubishi Electric for â¬664m in 2015. In July last year Germanyâs Heidelberg Cement acquired the Pesenti familyâs 45 per cent stake in Italcementi, founded in 1864, for â¬1.67 billion. In 2014 the Merloni family sold its 60.4 per cent stake in Indesit, founded in 1930, to Whirlpool for â¬768 million. And again in 2015 the Benetton family sold its majority stake in airport retailer World Duty Free to Dufry AG of Switzerland for â¬1.3 billion.

Asset managers dealing with UHNW clients may do well to prioritise the Gulf and Italy in the next year or two, recognising that family office formation in each is likely to be robust for starkly different reasons.