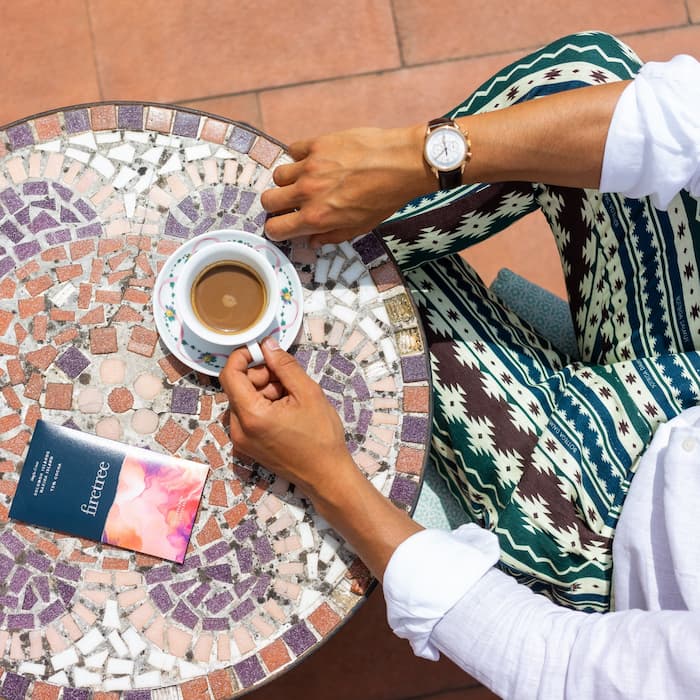 There are fine drinks, such as wines and whisky, which attract investors as well as for their taste. While not collectable as such, there's also an emergent business of fine chocolate with a stress on rigorous sourcing and high labour standards. This is a play on sustainability too. This publication bites into the story.

The health of the global luxury goods market can be a bellwether for wealth management; if people buy high-end products, it usually means that theyâre in a confident mood. And yet the ways people express their wish for quality is changing, in part driven by concerns about sustainability.

The market for fine wines, to give one case, has for a long time been not just a luxury spending area where people can show off â it is also about cultivating taste. Now comes a new frontier in the fine food and sophistication space: chocolate.

A new firm, Firetree Chocolate, wants to do for high-grade chocolate what some of the craft beer specialists have done for beer. Instead of mass-produced products, Firetree, founded in 2017, is about unusual and relatively low-batch production sizes. Aimed at connoisseurs, their products come with an engaging narrative. And âdarkâ chocolate doesnât just taste great, advocates say â it is also healthy.

âPeople are fascinated and demanding of a backstory,â David Zulman, managing director, Firetree Chocolate Limited, told this news service in a recent call. âWe are very strong with our relationships with farmers.â (Zulman spoke to this news service just before the Christmas holidays. WealthBriefing can fully disclose that it tasted some of the Firetree merchandise.)

Firetreeâs chocolate is part of a trend of certain brands catering to the top 1 per cent of the market. Its products are based on specific sources of cocoa. Firetree works with local farmers with very tight controls on quality, Zulman, a native of South Africa, said. (He now lives in the UK.)

âWe know the farmers personallyâ¦that is why we have chosen them. We know they have the capacity for getting the quality of cocoa we are looking for, and can do the post-harvest fermentation and drying. And we know they arenât using child labour, slave labour and are following good labour practices,â he said. âLike the wine industry, this business is all about understanding the terroir.â

âWe do this to control our supply-chain and to ensure the farmer gets the price we agree on. We go the extra mile â regularly visiting the farmers, building a relationship with them and getting the best quality possible,â he continued.

Firetree began manufacturing chocolate towards the end of 2018 and the brand was launched at the end of 2019. The firm, which exports to 10 countries, works with certain department stories, delicatessens, as well as having an online route. It has made chocolate specifically for Harrods, the famous London store, giving it the kudos of an important business relationship.

The business is small versus some of the big players, such as Switzerlandâs NestlÃ©, The Hershey Company (US), Lindt & SprÃ¼ngli (Switzerland), Arcor (Argentina) and Meiji (Japan). Several of these firms, such as NestlÃ© and Hershey, are listed, giving investors a way to âplay chocolateâ on the stock market. The global chocolate market is expected to grow at a compound annual growth rate of 4.78 per cent to reach $182.09 billion in 2025, up from $137.599 billion in 2019, according Knowledge Sourcing Intelligence. And that report added that chocolates with organic ingredients are âincreasingly gaining traction in the market and are being offered at a premium price.â That describes Firetree.

Talk of labour standards and supply-chain quality highlights that chocolate can be a political hotspot. Tony's Chocolonely, the Dutch confectionery company, has brought out a series of chocolate bars with messages about inequality and other injustices, for example.

Many of the cocoa beans that Firetree uses come from the southern islands in the Pacific, and places such as Madagascar.

The remote islands of the southern Pacific and Oceania are part of what is known as âthe ring of fireâ: a circle of 452 volcanoes surrounding that ocean.

âWe refer to it as âour Firetreeâ as when the tree has the sun behind it and is hung with red, yellow, orange and green cocoa pods, it looks like it is a tree on fire. Add to this imagery the Pacific ring of fire and we get it both ways,â Zulman said.

This is where the firetree, or cocoa tree, comes from â hence the name of the chocolate. The firetree thrives on the rich, porous volcanic soil that is found on these islands. Itâs here and a few other places in the world â for instance, the volcanic island of Madagascar.

Firetree says that its chocolate is high in cocoa and consequently low in sugar. The health benefits of dark chocolate are increasingly appreciated. Dark chocolate contains organic compounds that are biologically active and function as antioxidants.

So on that virtuous note, the business and pleasure of luxury chocolate seems to be worth a bit of attention. Just be careful about biting off too much, too fast.