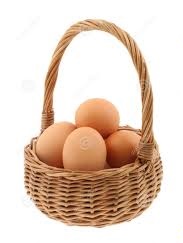 The over 60s market is due to grow by a third over the next 15 years but retirement planning could become a much more fragmented affair. New research from Canada Life highlights where advisors should be grasping opportunities.

New analysis from Canada Life released today shows two retirement journeys increasing dramatically over the next 15 years, which it believes will reshape the market for advisors.

According to ONS figures, the number of those who are aged over 60 is expected to grow by a third, reaching 21 million by 2035. Research by consutancy group Trajectory Partnerships for Canada Life indicates that the UK retirement experience is on a fragmented path based on how people are spending their time, and accumulating and spending their wealth. The research argues that advisors need to accommodate âa rise in individualism and the declining relevance of social normsâ if they want to cater well for those heading into retirement age.

Trajectory mapped out key trends affecting retirement up to 2035 to identify possible new retirement journeys through later life. The consultancy used a wide range of data, including The Wealth and Assets and The Consumer Trends surveys from the ONS plus data from the UK's Understanding Society Surveys (run by The University of Essex) to model what the future retirement landscape looks like.

The research identified four main âretirement journeysâ. The two identified as growing the most during the next 15 years were:
Complex families, complex finances - this group currently accounts for 32 per cent of the over 60s market but is expected to be the largest group by 2035. These retirees have family situations that complicate their financial needs and planning. They are possibly on their second marriage and taking care of both their children and their parentsâ financial needs.

Late financial bloomers â this group is achieving financial stability later in life. They are likely to have bought their first property, and married and had children later in life, consequently having less time to accumulate wealth. Currently they make up just 6 per cent of the market but are expected to grow significantly over time.

The goal of such modelling, the fund manager asserted, is to steer advisor thinking beyond traditional stereotypes.

âToday, the majority of advisorsâ business models cater to retirees that are financially mature and stress free. These are people with strong financial foundations due to good fortune in their family and working lives. However, this group makes up just 21 per cent of the market today and is expected to decrease as a proportion of the total market," the firm said.

Sean Christian, MD and executive director for wealth management at Canada Life UK, points out that while there are obvious opportunities for advisors when there is a growing number of retirees, their retirement journeys are far from straighforward and a lot more fragmented.

âSocietal changes have, and will continue to have an impact on the way we live in retirement, changing both the lifestyles and advice needs of clients," Christian said. He warns that unless the industry shifts focus to support the clients who need them, it will "collectively miss out on the opportunity to enable these people to have better financial futures.â

Healthy but not wealthy (18 per cent of todayâs market) - retirees on this journey stay healthy and active later into life, in spite of not having a huge amount of wealth. In some instances their healthy behaviours may be economically necessitated.

Unhealthy and not wealthy (23 per cent of todayâs market) - these retirees are left behind in the retirement revolution. They suffer from poor health and finances and the connection between the two makes it difficult to break the cycle.

The findings from Canada Life, a subsidiary of Winnipeg based Great-West Lifeco which manages around Â£1 trillion in assets, come as figures in the UK show that record numbers of retirees are enquiring about transferring out of final salary or defined benefit pensions into cash due to worries about prolonged economic uncertainty. British Airways is one large employer that has reported receiving double the transfer requests from its DB scheme between April and September this year compared with the same period last year. The financial advisory sector has yet to fix the growing advice gap in the pensions transfer market as more practitioners are being pushed out by the rising costs of personal indemnity cover. The Personal Finance Society says that the market has shrunk by two-thirds in the last three years.

With the hand being dealt by coronavirus, planning for a stable retirement is piling on even more challenges for the industry. âItâs no secret that âretirementâ will mean something very different in 20 yearsâ time,â Christian said, adding that his organisation's partnership with advisors on retirementment planning is âa big partâ of its vision.

âBy working alongside advisors now to support them in future-proofing their businesses, we will all be ready to support the clients of today and tomorrow.â