This news service is pleased to share this update outlining important developments affecting the wealth management sector in Malaysia. The note comes from Wong & Partners, member firm of in Malaysia.

The editors of this news service are pleased to share these views, and invite responses. The usual editorial disclaimers apply. To respond, email tom.burroughes@wealthbriefing.com and jackie.bennion@clearviewpublishing.com

The COVID-19 pandemic brought about the largest Malaysian Budget in history, which was unveiled on 6 November 2020, in efforts to shore up the Malaysian economy and keep livelihoods and local businesses afloat. The Malaysian Budget 2021 (Budget) was announced in the midst of a number of other COVID-19-related stimulus packages implemented to help Malaysians weather the pandemic, and was later legislated into the Finance Act 2020 (gazetted on 31 December 2020) (Finance Act).

We have summarised some of the key legal and tax developments in the past year that are relevant to the wealth management industry.

Direct tax and indirect tax matters
Income tax
Reduction of income tax rate
Pursuant to the Budget, the resident individual income tax rate for the chargeable income band of RM 50,001 to RM 70,000 has been reduced from 14 per cent to 13 per cent with effect from the year of assessment (YA) 2021.

With this, in line with Malaysia's progressive personal income tax system, tax resident individuals with a chargeable income of over RM 70,000 will be able to enjoy a slight reduction in income tax payable.

Increase in tax deduction cap for lifestyle
Previously, individual taxpayers could claim a lifestyle tax relief of up to RM 2,500 for expenses incurred in purchasing reading materials (such as e-books, printed daily newspapers), a personal computer, smartphone or tablet, internet subscription, sports equipment and gymnasium memberships.

Under the Finance Act, effective from YA 2021 onwards:
-- an additional RM 500 income tax relief is allocated for the cost of purchase of sports equipment, entry or rental fees for sport facilities and fees for participation in sports competitions; and
--  the scope of the lifestyle income tax relief for reading materials now includes subscriptions to electronic reading materials.

Real property gains tax (RPGT)
RPGT exemption for disposal of residential properties
Any Malaysian citizen is exempted from paying RPGT on gains received on the disposal of up to three residential properties in Malaysia on or after 1 June 2020 until 31 December 2021, provided that:
--  the property was not acquired by way of a transfer between spouses, or a gift between spouses, parent and child or grandparent and grandchild, where the donor is a citizen; and
--  the sale and purchase agreement or any other instrument of transfer for the disposal of the residential property is executed between 1 June 2020 and 31 December 2021 (inclusive) and is duly stamped no later than 31 January 2022.

Extension of stamp duty exemption for exchange traded funds (ETF)
Previously, contract notes for the sale and purchase of ETFs executed within the period from 1 January 2018 to 31 December 2020 were exempted from stamp duty. The government has extended this stamp duty exemption for five years to cover contract notes for the trading of ETFs executed from 1 January 2021 to 31 December 2025.

Audits following disclosure under the 2018 Special Voluntary Disclosure Programme (SVDP)
The previous government administration had introduced the SVDP (1) to encourage taxpayers to come forward to disclose their previously misreported income and deductions. A lower penalty rate of 10 per cent or 15 per cent was offered. Under the Operational Guidelines No. 1/2019 on the SVDP (SVDP Guidelines), the Inland Revenue Board (IRB) had stated that it would accept such disclosures in good faith, and that audits would not be carried out for the years in respect of which voluntary disclosures were made.

Earlier this year, there were reports of the IRB initiating probes and audits against a number of SVDP participants in relation to the periods for which the voluntary disclosures were made.

In a media statement released by the IRB on 9 March 2021, the IRB clarified that its promise to refrain from future audits was conditional upon, amongst others, the taxpayer ensuring that the voluntary disclosure made takes into account all taxable income. Audits or investigations by the IRB may be conducted if the SVDP participants did not fully comply with the conditions stipulated under the SVDP Guidelines.

Developments regarding the Labuan tax regime

The Labuan Business Activity Tax (Exemption) Order 2020, which was gazetted on 2 June 2020 and had retrospective effect from 1 January 2019, exempts Labuan PEH Entities from the requirement to have full-time employees in Labuan. Additionally, the amount of minimum OPEX required in Labuan is also reduced from RM 50,000 to RM 20,000 pursuant to an amendment to the Regulations. (3)  Although Labuan PEH Entities are no longer required to have full-time employees in Labuan, in practice, the Labuan Financial Services Authority (LFSA) requires all such entities to ensure that management and control are exercised in Labuan. (4)

For this purpose, LFSA has directed all Labuan PEH Entities to comply with the following requirements:
--  have at least one board meeting in Labuan in the relevant tax year; (5)
--  have their registered office in Labuan;
--  appoint a Labuan trust company as resident secretary in Labuan; and
--  keep the accounting and business records, including minutes of meetings, in Labuan.

In view of ongoing travel restrictions due to the COVID-19 pandemic, the LFSA had previously allowed a concession to the board meeting requirement. Board meetings could be held virtually up to 31 December 2020, provided that the hosting of such meetings was arranged by the resident secretary in Labuan. Further guidance has yet to be released by the relevant authorities on whether this concession will be extended.

In a letter dated 29 January 2021, the IRB stipulated that persons who wish to avail themselves of the stamp duty exemption above will need to ensure that the relevant Labuan entity has satisfied the relevant economic substance requirements described above.

In the same vein, the IRB also instructed that the stamping of all instruments relating to Labuan entities has to be done via the online STAMPS portal from 1 February 2021 onwards. Such stamping applications would need to be accompanied by supporting documents to evidence compliance with the relevant economic substance requirements. This includes, amongst others, employment letters, employees provident fund (EPF)/social security organisation (SOCSO) contribution documents, employer tax returns for the employees (i.e., Form EA), utility bills and documents evidencing expenditure on rental of office space.

However, such policy decision was not included in the amended regulations. Instead, the IRB had issued a letter dated 5 February 2021 stipulating that Labuan entities that carried out such "other trading" activities are to be taxed under the ITA instead of the LBATA.

Changes relating to the disclosure of beneficial ownership

However, on 17 December 2020, the CCM announced an indefinite extension of the transitional period. (8) Specifically, the CCM clarified that the end of the extended transitional period would coincide with the Companies (Amendment) Bill 2020 (CA Bill) and the Limited Liability Partnerships (Amendment) Bill 2020 (LLPA Bill) coming into force. Apart from allowing companies, limited liability partnerships, company secretaries, and compliance officers to familiarise themselves with their obligations under the beneficial ownership guidelines. The transitional period was also extended to facilitate the practical implementation of the new provisions relating to beneficial ownership proposed under the CA Bill and LLPA Bill.

At the time of writing, there is no information as to when the CA Bill and LLPA Bill will come into force.

Under the CA Bill, there are new provisions proposed to further augment the obligation for companies to identify and disclose their beneficial owners to the CCM. Some of the notable amendments proposed under the CA Bill include the following:

New guidelines to be issued for the reporting of trusts
Malaysian companies registered under the Trust Companies Act 1949 are similarly required to comply with the beneficial ownership guidelines. In addition to this, the CCM has announced (9) that there will be separate guidelines issued for such trust companies to report the beneficial owners of the legal arrangements for which such trust companies act as trustees. At the time of writing, no further details have been released. 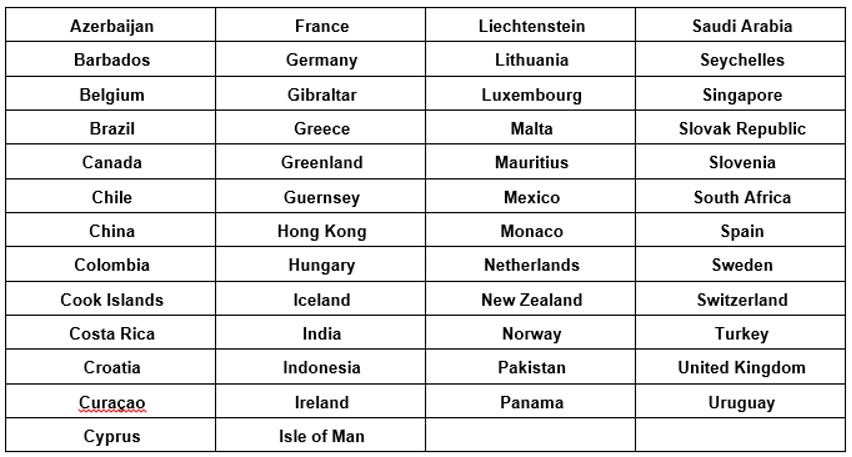 1,  The SVDP ran from 3 November 2018 to 30 September 2019.
2,  A company undertaking PEH activities has been defined by the Labuan Investment Committee as a company that only holds equity participation and earns only dividends and capital gains. The receipt of interest from financial institutions arising from the placing of dividend monies or proceeds of disposal of shares, will not disqualify a company of its PEH status.
3,  Labuan Business Activity Tax (Requirements for Labuan Business Activity) 2018 (Amendment) Regulations 2020 (gazetted 24 December 2020).
4,  Directive on Management and Control Requirements for Labuan Entities that Undertake PEH Activities (Directive) issued by the LFSA on 10 August 2020.
5,  Directive read together with the Clarification on Board Meeting Requirement dated 10 September 2020 issued by the LFSA.
6,  Stamp Duty (Exemption) (No. 3) Order 2012.
7,  "Labuan business activity" means a Labuan trading or a Labuan non-trading activity carried on in, from or through Labuan, excluding any activity which is an offence under any written law.
8,  Frequently Asked Questions on the Extension of Time for the Transitional Period of the "Guidelines for the Reporting Framework for Beneficial Ownership of Legal Persons" to a Date to be Determined by the Registrar.
9,  Frequently Asked Questions on the Beneficial Ownership Reporting Framework of Legal Persons.
10, Issued on 9 February 2021.