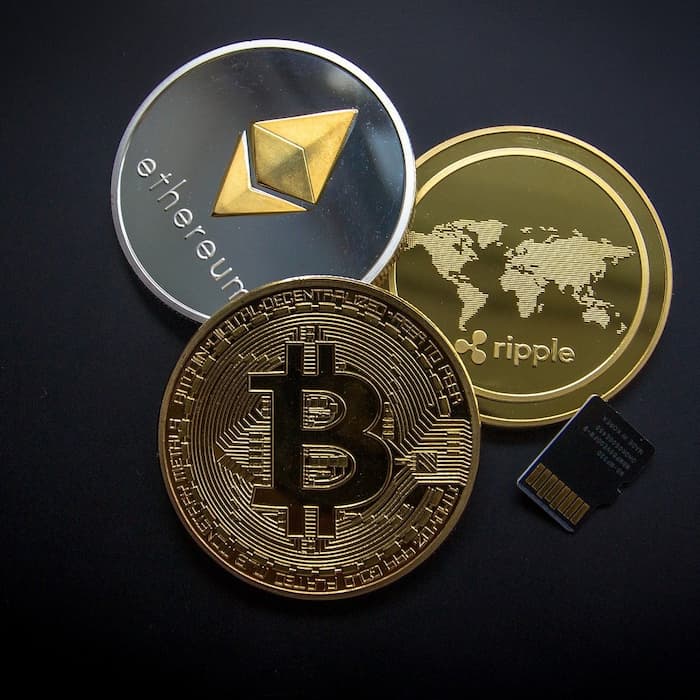 The stakes are too high not to turn matters around following the astonishing demise of FTX, the cryptocurrency exchange, the author of this article says.

It may be difficult for the investors badly burned by the FTX collapse to take this view, but the author of the following article argues that the drama might eventually be a positive event for the cryptocurrency market. That is because it will force reforms and improved practices. One must hope so. The bankruptcy filing of FTX in the US, and some of the revelations about the conduct of the principal characters, make for grim reading. Lessons are already being sought. Thereâs no doubt that the crypto space has been through a torrid 2022, with prices of bitcoin and other entities sliding fast in early 2022, the wipeout of some âstablecoins,â and now FTX.

The editors of this news service are pleased to share these opinions. The author is Daniele Servadei, CEO of Sellix, the e-commerce platform. The usual editorial disclaimers apply to views of outside contributors. Email tom.burroughes@wealthbriefing.com

What was once one of cryptoâs most influential exchanges has officially crashed and burned right before our very eyes, and the crypto world is not over feeling the earthquakeâs aftershocks.

Now that some time has passed, and the initial blow of the revelations has been absorbed, we can perhaps start looking ahead and using the facts at our disposal to fashion a path forward. Hereâs what we know about the downfall of FTX, and why it might not be as terrible for the crypto industry as we initially thought.

Sam Bankman-Fried was a revered, almost God-like figure. We all saw him on the cover of Forbes and Fortune magazine. We watched as he raked in billions upon billions from world-class investors with years of experience. We saw his personal net worth climb to $16 billion, making him one of the 100 richest people in the world. We saw him on the lineup of the New York Times event he was billed to speak at, DealBookSummit, along with Treasury Secretary Yellen, Mark Zuckerberg, President Zelensky, Larry Fink, and Mike Pence. How did he get there? Well, itâs simple. We all bought into the idea that he managed to sell to the entire world in the absence of what counts as real, solid, concrete evidence.

The crypto industry needs to wake up to the reality of the situation. The ongoing and largely unforeseen turmoil is a desperate call for more evidence, more transparency and more due diligence.

Just because the vision of web3 is that of a decentralized world, one in which we do things a little differently compared with how theyâre traditionally done, it does not follow that we should simply turn a blind eye to business malpractice, unsustainable and empty promises, and dangerous dealings that we only begin to comprehend after theyâve done their damage. What happened to FTX is a dangerous trend weâve let progress for too long reaching its natural and perhaps only plausible conclusion.

It was a time bomb waiting to happen.

And as the crypto market is often thought of as a Wild West, it does not bode well to have a bomb explode in an already wild and unpredictably volatile environment, does it?

We know what happens in the aftermath of an explosion. âWithin just 72 hours of the development,â Cointelegraph reported, âthe value of bitcoin plummeted from $20,000 to approximately $16,000, with many experts suggesting that the flagship crypto may bottom out close to the $10,000 to $12,000 range.â Ouch.

But hereâs the inescapable truth that many seem to be failing to grasp, the way it was doing business and the shady, if not fraudulent, personal conduct of Sam Bankman-Fried himself, meant that FTX was always going to explode.

It was just a matter of when, really. Now that we know the worst is over, we can get a better idea of the damage itâs caused and will continue to cause â if we were still waiting for it to go off, it could have crashed at a much later date, and on a larger scale. Who knows the amount of damage that a bad agent like FTX, left alone still for years on end, could have caused?

We should be so lucky that it happened now, and we should ask ourselves: what can we learn from this?

For one, we can start identifying and removing incompetent leaders. This means looking a little more closely into peopleâs credentials, but it also means that we need to stop glorifying individuals based on what boils down to a cult of personality, and rather keep them accountable to the promises they make and the big, bold visions they paint for us.

In time, this will filter out the good, viable, reliable projects from those we had better not give the chance to fail in the first place. Yes, thereâs an abundance of questionable morals and practices in the industry, but thatâs true of any industry â the difference is, the crypto market has grown accustomed to doing less due diligence than traditional spaces and markets require. We all want to believe in the next big idea. We all want to be early fans of the next innovation thatâs going to shape the world of web3 and, in turn, the world. We all want to believe in the goodness of peopleâs hearts, but if FTX blindsided you as much as it did me, we have to admit itâs time to stop letting bad agents get away with treating our industry as though it doesnât have a future.

Sam Bankman-Fried and other fraudsters simply treat crypto like a get-rich-quick scheme which they can profit from and dispose of when they no longer need it. But for some â for most crypto enthusiasts, who make up a great part of the community â crypto is a lot more than that. Itâs an idea, a vision, a possibility. Itâs an untapped resource and an opportunity.

If cryptoâs value, and its potential, rely on an idea, a lot of what drives the idea forward is the perception people have of it. As things stand right now, the FTX debacle caused peopleâs perception of crypto to change. A lot of peopleâs perspectives have been changed in the past month, perhaps irreparably. Are we going to throw away the whole vision and admit defeat, just like that? No, of course not.

We can start rebuilding our industry with more care, more precaution, and preventative measures such as due diligence and transparency. We can turn peopleâs perception back around. We can make them fall in love with the real idea of crypto, not the scam version theyâre seeing plastered all over the news next to Sam Bankman-Friedâs face. Only time will tell whether weâll be successful, but the stakes are too high not to take this chance for what it is: a welcome opportunity to turn things around.