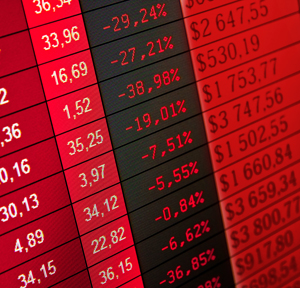 The European bank is trimming exposures to the equities market, and has done so by taking risk out of the Japanese sector.

Liechtenstein-based VP Bank, which operates in several regions, is making further cuts to equity exposure and doing so by ending its overweight asset allocation stance on Japanese stocks. It is concerned about deteriorating economic and corporate conditions.

At the same time, the bank is overweight on alternative investments such as insurance-linked securities that are independent of economic data.

âWith stock markets already suffering a lot in recent months, there is no longer any talk of exaggerated valuations. Conversely, equities are not yet cheap. If the economy enters a recession, and there are increasing signs for this to happen, then corporate profits will come under pressure more than analysts currently expect,â Dr Felix Brill, chief investment officer at the firm, said in a note.

âThe Japanese stock market has outperformed the US and Europe since March, but Japanese equities are not immune to a global recession,â Dr Brill said.

âPredicting a recession is a difficult task. But, at the moment, there is hardly any way around a downturn. A recession could be the cleansing thunderstorm that restores the balance between supply and demand,â Dr Brill said. âThis would bring inflation back on a declining path. Rising recession fears have caused a renewed weakness in capital markets, with the US stock market performing better than Europe. It is expected that the current consolidation process is not completed yet and, as such, it is still recommended to take a defensive position. In terms of diversification, with insurance-linked securities and CAT bonds performing independently of economic data, it has enabled them to beat stock and bond markets.â (A catastrophe bond, or âCAT bond,â is a high-yield debt instrument designed to raise money for companies in the insurance industry in the event of a natural disaster.)

Looking at alternative sources of returns, the firm said that insurance-linked securities and catastrophe bonds perform independently of economic data, enabling them to beat stock and bond markets.

âIt remains crucial whether hurricanes make landfall and, if so, whether this is in the countryside or in a densely populated area. We expect a significant positive contribution in the second half of the year,â Dr Brill added.