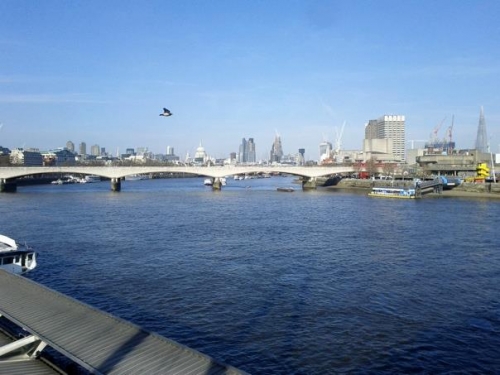 Faced with a challenging environment, at their Spring Investors Conference, Close Brothers Asset Management looks at the themes that matter for investors.

âInterest rates were at ultra-low levels, inflation was transitory and stimulus was being put into the economy to prevent a big recession,â he explained.

But a lot has happened since then. There was a new strain of Covid, Storm Eunice left houses without power acting as a reminder of the climate change threat. Russia invaded Ukraine, pushing energy and commodity prices up, causing a big inflationary push, he said. Chinaâs zero-Covid policy is also causing supply chain disruptions, as it is a big manufacturing hub, he added. Supply chain disruptions are occurring too for important metals from Russia such as nickel, curtailing the production of electric vehicles, he said.

Fossil fuels vs renewables
He highlighted the enormity of world energy demand of which 80 per cent is supplied by fossil fuels. As a result, some European countries, such as Spain and France which are more reliant on energy supplies from Russia than the US, are re-introducing fossil fuel subsidies.

âThere has to be enough energy to meet demand but the commitment to renewables, which is in its infancy, is still there. For investors, renewables like solar and wind turbines are still interesting,â he said.

This was also highlighted by FrÃ©dÃ©rique Carrier, head of investment strategy at RBC Wealth Management: âGovernments are shifting energy policies back in favour of fossil fuels in the short term, raising fears the energy transition may end up on the back burner,â she said. âBut the new focus on energy security doesnât irrevocably threaten the climate change mitigation agenda. Rather, the green energy transition, while slowing in the near term in some aspects, is very likely to accelerate in others, particularly in Europe,â she added.

She highlighted the EUâs new energy plan, REPowerEU, a roadmap for reducing Russian natural gas imports by two-thirds by the end of 2022, and aims to cut off Russian fuels completely by the end of the decade. Many member states are looking for alternative suppliers of gas to fill the gap in the short term but, at the same time, they want to jump-start the push for renewable energy, she explained.

âThe UK, having banned Russian energy imports entirely, also issued its new British Energy Security Strategy in April. The plan focuses on more drilling for oil and gas in the short term, but it calls for offshore wind and nuclear power to make up the shortfall over the long term,â she added.

We continue to see many opportunities in the SusTech theme, particularly in GreenTech (wind, solar, hydrogen, electric vehicles), as many of the drivers of energy security are critical to fighting climate change, she said.

Technology
Despite the difficult environment, developing technology and the big themes are still being pursued, Alster added.

âThe metaverse is the next big thing, itâs the future internet,â he explained. âQuite a few companies are selling clothes already in the metaverse, using real money, though the technology is still in its infancy. Many hope that it will be paid for by cryptocurrencies in the future," Jakub Dubaniewicz, senior equity analyst at Close Brothers added.

Land, property, commodities are also areas in which investors should put their money, Alster said.

London-based Close Brothers Asset Management is a provider of financial advice and investment management services, with Â£15.6 billion ($19.33 billion) assets under management as of 31 July 2021.