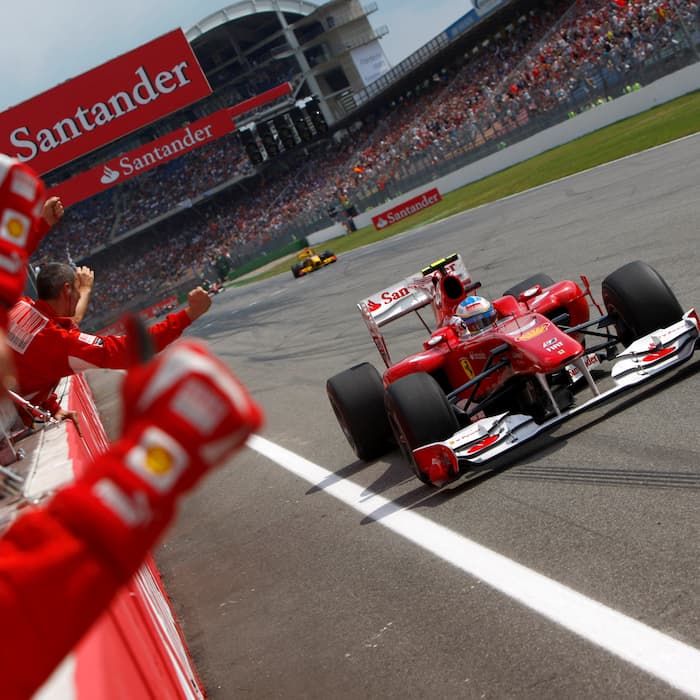 A number of wealth management firms have sponsored sports teams, institutions and players to promote brands and associate with qualities such as competitiveness, excellence and teamwork.

Santander has struck a multi-year sponsorship deal with Scuderia Ferrari, adding to the trend of wealth and investment firms allying themselves with renowned sports teams and players.

The deal will see the bank, which sponsored the F1 team between 2010 and 2017, become one of its premium partners from next year, with the bank supporting the F1 team with becoming carbon neutral by 2030. According to Banco Santander, it was the worldâs leading bank in renewable energy finance in 2020, with dedicated teams in its investment bank Santander CIB that specialise in advising companies in transitioning to a zero emissions economy.

The Ferrari partnership, covering multiple years, will see the bankâs logo back on the Scuderia cars, on the race suits of drivers Charles Leclerc and Carlos Sainz, on caps and in the Ferrari Driver Academy activities. Banco Santander will also feature in Ferrari Competizioni GT, with its logo on the official cars participating in the FIA World Endurance Championship and on the upcoming Le Mans Hypercar.

âItâs an honour to team up again with a global financial institution like Santander, which is committed to responsible banking and has shown leadership in renewable energy finance and ESG advisory services all around the world. We look forward to partnering with them to deliver our key objective of becoming carbon neutral by 2030,â John Elkann, chairman, Ferrari, said.

âWe are very excited to work with Ferrari again, and support them in the green transition. Santander is fully committed to tackling climate change, and as Europeâs leading provider of auto finance, we are determined to help the auto industry as it goes green,â Ana BotÃ­n, executive chairman of Santander, said.

In a statement, the bank said it has been carbon neutral in its own operations since 2020 and is committed to achieving net zero carbon emissions in all its lending, advisory and investment activities by 2050. Its car financing operations in Europe (Santander Consumer Finance), the USA (Santander Consumer USA) and other markets are supporting the development of sustainable mobility solutions, the statement added.

Formula 1 is one of the most watched sports in the world. It had a cumulative worldwide audience of 1.5 billion in 2021, according to Nielsen, with half in Santanderâs markets in Europe (Spain, the UK, Germany, France, Italy, among others) and the Americas (Brazil, Mexico, the USA). Twenty-three Grand Prix have been confirmed for 2022, with several taking place in the bankâs largest markets.

A number of wealth management firms have sponsored sports teams, institutions, and players to promote brands and associate with qualities such as competitiveness, excellence, and teamwork.

Other examples of sports sponsorship cases include UBS and Formula 1 motor racing, HSBC and the rugby Sevens, and BNP Paribas and the international tennis circuit. Morgan Stanley sponsors UK golfer Justin Rose, winner of the 2013 US Open and European PGA tour regular.