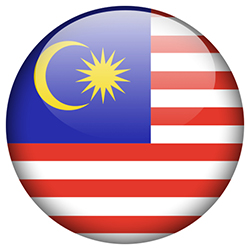 Audits following disclosure under the 2018 Special Voluntary Disclosure Programme (SVDP)
The previous government administration had introduced the SVDP (1) to encourage taxpayers to come forward to disclose their previously misreported income and deductions. A lower penalty rate of 10 per cent or 15 per cent was offered. Under the Operational Guidelines No. 1/2019 on the SVDP (SVDP Guidelines), the Inland Revenue Board (IRB) had stated that it would accept such disclosures in good faith, and that audits would not be carried out for the years in respect of which voluntary disclosures were made.

Earlier this year, there were reports of the IRB initiating probes and audits against a number of SVDP participants in relation to the periods for which the voluntary disclosures were made.

In a media statement released by the IRB on 9 March 2021, the IRB clarified that its promise to refrain from future audits was conditional upon, amongst others, the taxpayer ensuring that the voluntary disclosure made takes into account all taxable income. Audits or investigations by the IRB may be conducted if the SVDP participants did not fully comply with the conditions stipulated under the SVDP Guidelines.

Developments regarding the Labuan tax regime

The Labuan Business Activity Tax (Exemption) Order 2020, which was gazetted on 2 June 2020 and had retrospective effect from 1 January 2019, exempts Labuan PEH Entities from the requirement to have full-time employees in Labuan. Additionally, the amount of minimum OPEX required in Labuan is also reduced from RM 50,000 to RM 20,000 pursuant to an amendment to the Regulations. (3)  Although Labuan PEH Entities are no longer required to have full-time employees in Labuan, in practice, the Labuan Financial Services Authority (LFSA) requires all such entities to ensure that management and control are exercised in Labuan. (4)

For this purpose, LFSA has directed all Labuan PEH Entities to comply with the following requirements:
--  have at least one board meeting in Labuan in the relevant tax year; (5)
--  have their registered office in Labuan;
--  appoint a Labuan trust company as resident secretary in Labuan; and
--  keep the accounting and business records, including minutes of meetings, in Labuan.

In view of ongoing travel restrictions due to the COVID-19 pandemic, the LFSA had previously allowed a concession to the board meeting requirement. Board meetings could be held virtually up to 31 December 2020, provided that the hosting of such meetings was arranged by the resident secretary in Labuan. Further guidance has yet to be released by the relevant authorities on whether this concession will be extended.

In a letter dated 29 January 2021, the IRB stipulated that persons who wish to avail themselves of the stamp duty exemption above will need to ensure that the relevant Labuan entity has satisfied the relevant economic substance requirements described above.

In the same vein, the IRB also instructed that the stamping of all instruments relating to Labuan entities has to be done via the online STAMPS portal from 1 February 2021 onwards. Such stamping applications would need to be accompanied by supporting documents to evidence compliance with the relevant economic substance requirements. This includes, amongst others, employment letters, employees provident fund (EPF)/social security organisation (SOCSO) contribution documents, employer tax returns for the employees (i.e., Form EA), utility bills and documents evidencing expenditure on rental of office space.

However, such policy decision was not included in the amended regulations. Instead, the IRB had issued a letter dated 5 February 2021 stipulating that Labuan entities that carried out such "other trading" activities are to be taxed under the ITA instead of the LBATA.