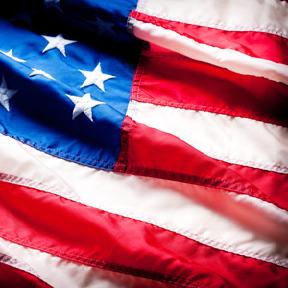 The US capital markets are witnessing an unprecedented surge in non-traditional initial public offerings by special purpose acquisition companies, which are proving extremely attractive to HNW investors. Consequently, the US Securities and Exchange Commission is thinking of regulating them, according to CEO Prof Gary Gensler.

This week Gensler - who used to be the chairman of the Commodity Futures Trading Commission in the Obama administration - addressed the Subcommittee for Financial Services and General Government, a subdivision of the House Appropriations Committee. His current organisation, the SEC, oversees firms with about US$110 trillion in assets under management.

At the beginning of the year, some market commentators were heralding SPACs as the best opportunity to make money for the retail investor, with perhaps 5% of them failing but the rest prospering. Even then, Fox News was reporting that Gensler wanted to 'heighten' the SEC's scrutiny of SPACs, financial technology (or FinTech) and crypto-currencies as part of a more rigorous enforcement agenda.

In its first stage, a SPAC, according to Gensler, is a 'shell company' (i.e. one with no physical presence) whose sponsors generally have two years to find a target company and make an acquisition through a merger.

The SEC has received 700 S-1 applications from these companies to 'go public' in the preceding 12 months. Three hundred of these âblank-cheque IPOs,â as Gensler calls them, have been completed so far in 2021. Only 13 occured in the whole of 2016.

In the second stage, when the SPAC merges with a target company, it fills in Form S-4 and sends it off to the SEC - something that has to happen in the event of a merger to ensure that it is legal. This 'merger filing' facilitates the target companyâs access to the public markets. Market participants call these de-SPACs, but Gensler calls them target IPOs because they allow target companies to access public markets for the first time. At about the same time as this, the SPAC often raises capital from HNWs through a private investments in public equity or PIPE. There have been more than 100 target IPOs so far this year.

Gensler told the committee that he was worried that HNW investors were not receiving all the accurate information that they needed at each of the two stages. He said that SPACs had "taken off like wildfire in the last six months."

A once-in-a-generation wave in traditional IPOs, along with the unprecedented surge in SPACs, has placed many demands on the SECâs limited resources recently. The UK's Financial Conduct Authority operates by guild regulation, with its cowed flock having to pay it tribute from their own pockets, but the SEC receives its funding - always inadequate - from the Government by Congressional approval each year. The SEC therefore has fewer resources to put into the authorisation process and has to concentrate more of its efforts in enforcement and tough penalties. It has 28,000 registered entities, including more than 3,700 broker-dealers, to regulate and has to spread itself thinly, so it has to rule by fear. Throughout his testimony yesterday Gensler made reference to the paucity of his outfit's resources.

Gensler had other criticisms of SPACs.

"It could be the case that SPACs are less efficient than traditional IPOs. One recent study shows that SPAC sponsors generate significant dilution and costs. SPAC sponsors generally receive 20% of shares as a 'promote.' The first-stage investors can redeem when they find the target, leaving the non-redeeming and later investors to bear the brunt of that dilution.

"In addition, financial advisors are paid fees for the first-stage blank-cheque IPO, for the PIPEs and for the merger with the target. Further, itâs often the case that the investors in these PIPEs are buying at a discount to a post-target IPO price. It may be that the retail public is bearing much of these costs."

The SEC is therefore mulling over new rules and guidelines in this area, as is its British counterpart, the Financial Conduct Authority.