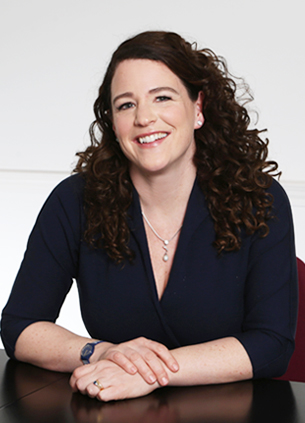 A property lawyer examines what UHNW individuals should be weighing in the prime property market outlook for 2021, especially as the stamp duty holiday starts to unwind and travel opens up.

The dislocating effects of the pandemic have yet to abate; they are challenging longheld assumptions about where people want to live and work. (See articles here and here.) How this re-evaluation is influencing Londonâs prime property market is discussed in this guest piece by Forsters' private client property lawyer Helen Marsh. Partner at the Mayfair firm, she argues that contrary to reports that London has been abandoned for greener pastures, real developments are far more nuanced.

As the stamp duty holiday comes to a close and travel opens up, she discusses what HNW and UHNW individuals should consider as they weigh the prime property market outlook for 2021. We welcome this contribution, where the usual editorial disclaimers apply. Email tom.burroughes@wealthbriefing.com and jackie.bennion@clearviewpublishing.com.

By now we are used to the unpredictable twists and turns of the last year being âthe new normalâ, and the London prime real estate market is not immune. As bars, restaurants and theatres closed their doors in 2020, and anyone who could was working at home, it seemed to trigger a mass exodus from London to greener pastures.

Some thought the London housing bubble was set to burst.

There was indeed a move to the country by many; the country house market has been more active than it had been for many years. Many, freed of their daily commute, chose the simple life offered by the great outdoors.

However, perhaps surprisingly, the London market does not appear to have suffered as a result. In particular, we have seen a marked uptick in activity for properties valued at Â£10 million plus in the capital. There is high demand for properties offering more space within the city - for those who do not want to leave London, but now want to have their own outside space, and need more living (and working) space. There is also demand from those who have moved to the country, sold up in the city, but now need a pied-Ã -terre in London.

There are lots of reasons why London remains highly desirable and a safe place to invest in. Its history and culture are like no other city in the world, and it boasts prestigious neighbourhoods such as Mayfair, Knightsbridge, Chelsea and Kensington. The capital has not lost its allure, and buyers are confident that it will bounce back. The roadmap out of lockdown announced by the government in February is likely to increase the demand, and we expect to see an uptake from overseas buyers in the summer, once travel restrictions are lifted.

London's prime property market is, in fact, fiercely competitive at the moment. We have seen bidding wars over properties which have been awaiting a buyer for years, and plenty of contract races too. The introduction of the 2 per cent surcharge in stamp duty on 1 April for purchasers who are not resident in the UK does not seem (so far) to have put many people off either.

Our residential property team continues to be extremely busy with instructions from both overseas and domestic clients, so there is clearly confidence in the market. From an overseas clientâs perspective, prices of prime London real estate are still down by 20 per cent from the peak in 2014; and though the value of the pound may have increased somewhat, it is still cheap compared with the dollar. With the UK ahead of most countries in its rollout of the vaccine, and hustle and bustle returning to the city once more, we donât see demand from international buyers slowing down any time soon.

In a competitive market such as this, in order to succeed, a buyer should be well prepared: