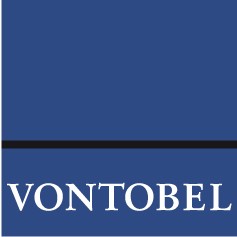 As Thomas Heinzl rejoins from UBS as Vontobel's new CFO and business decisions made in December kick in, the Zurich-listed bank has released a positive set of half-year results.

Pre-tax profits at Vontobel were up by 4 per cent to SFr156.1 million ($170 million) for the first half of 2019. Net profit was marginally down by 1 per cent at SFr129.2 million, with earnings per share coming in at SFr2.18, in spite of a turbulent six months.

Net new money at the Swiss bank rose by 7.5 per cent to SFr 7.4 billion for the first six months, outstripping a 4-6 per cent annualised growth target. Without adjustments, pre-tax profits increased by 6 per cent on the same period last year.

Noting market difficulties due to the coronavirus, the bank reported that total advised client assets had dropped by 3 per cent for the period to SFr218.6 billion.

The crisis has also slowed aspects of its wealth management business. The business grew income by 2 per cent for the first half of the year but total net new money stood at SFr0.3 billion, up by just 1 per cent year-on, and below targets. Managed assets for the division stood at SFr57.3 billion to the end of June, down from SFr60.6 billion a year ago.

The bank emphasised that it was "well-positioned to navigate the anticipated recessionâ as a pure-play client-centric investment manager unencumbered by a corporate lending business.

Return on equity stood at 13.4 per cent for the half year; CET-1 ratio stood at 13.8 per cent and Tier-1 capital ratio at 20.2 per cent, both well within regulatory requirements. It reported a cost/income ratio of 75 per cent, an improvement year-on.

In December, Vontobel announced that it was shedding its capital markets business and attracting more UHNW clients into the advisory side recently re-organised into specific client units. The firm also introduced a new leadership team.

The specialist investor, which has reported high-growth in structured products, serves private clients from 26 locations, including its Swiss home base, Europe, North America and Asia. It lately expanded in Northern Italy opening an office in Milan.

H1 results show that its asset management business saw a 4 per cent increase in operating income, with AuM roughly divided 70 per cent between institutional assets and 30 per cent in private client assets. Both groups saw assets down in the first half of 2020, by 1 per cent to SFr134.2 billion for insitituional investors and 5 per cent for private client investors. The firm said that "difficult markets" and the "general mood of caution among wealthy private clients during the global market crisisâ were to blame.

It reported that its headcount was almost unchanged for the year and general expenses were down by 4 per cent to SFr103.6 million. The firm said that this was largely due to lockdown and a fall off in travel, public relations and marketing expenses for the first six months.

It expects the strong interest in structured products to continue as markets stay volatile: "Vontobel is convinced of the opportunities that exist in this area," the group said.