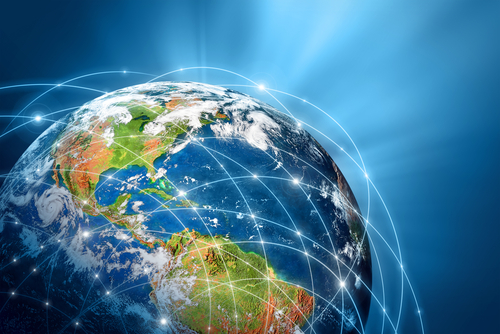 A poll of general managers in private equity suggests that the sector is taking ESG more seriously as investors want demonstrable impact, with the US trailing Asia and Europe on activity.

In its fifth year, a survey by Aberdeen Standard Investments has shown that ESG engagement among private equity firms is on the rise, although the sector appears to be lagging on the number of firms who signed up to the UN Principles for Responsible Investing (UNPRI) that encourages greater transparency on portfolio company activity.

ESG engagement in this case may be carbon offsetting or weeding out bad actors in supply chains, and most market improvement was seen in Asia-Pacific.

The investment firm polled 176 general managers globally, scoring them green-to-red on their ESG practices. They included 60 GMs from Europe, 82 from North America and 34 based in Asia Pacific, with just over half of them responding.

Europe was the most consistent in achieving a green rating in 2019, with no respondents from the region being given a red card. North America continued to lag Europe and APAC in the level of ESG engagement during deal making.

Perhaps typical of the sector, less than a third of GMs said that they had signed up to the UNPRI, UN Global Compact or similar such schemes calling on firms to measure and annually divulge their ESG activity. There was more interest, however, in following the UN Sustainable Development Goals as a business imperative, though many admitted to wanting more industry guidance on how to apply the SDGs.

With private equity occupying colossal amounts of capital among alternative assets, and becoming an ever larger fixture in investment decisions, the survey found plenty of âscope for improvementâ in PEâs ability to measure and monitor against ESG metrics that are driving public markets. This is âsomething we will be encouraging during our discussions with GPs,â said Merrick McKay, head of European private equity at Aberdeen Standard Investments.

The sector has begun raising the curtain on ESG concerns as investors demand better company stewardship and as access to more direct investing opens up. Two goliaths upping their game are KKR and TPG in the US. Both firms, which manage around $330 billion in assets between them, said that from April they would voluntarily disclose the impact of their investments - good and bad - based on World Bank guidelines.

Among European firms, more than half in Aberdeen's survey reported âmeaningful actionâ on ESG, including carbon offsetting, reducing air travel and cutting down on single-use plastics. It will be interesting to see how ESG metrics are reflected in the universal travel lockdowns being imposed by COVID-19 and how the outbreak goes on to shape other business behaviors. The current health crisis is putting a spotlight on ESG practices across the financial sector, where topics like onerous executive compensation and share buy backs are looking even more out of step with the mood of the times.

Most European managers said they were promoting greater diversity at the portfolio company level, though many admitted falling short of putting actual monitoring in place. McKay said results were most encouraging from Asia-Pacific in new procedures coming in to measure ESG. Meanwhile, results, among this cohort at least, showed the US trailing the other regional powerhouses.