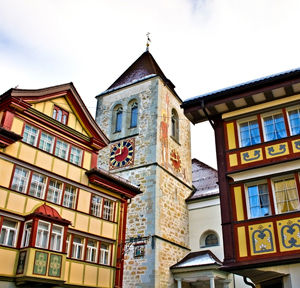 The Liechtenstein-based bank made the most of good market conditions and a disciplined approach to costs in posting healthy 2019 year-end results.

VP Bank Group had a strong year, with net earnings up 34.4 per cent to SFr 73.5 million ($78.7 million) in 2019. Net new income for the year stood at SFr73.5 million, and interest income was up by 3.7 per cent to SFr115.1 million. The Liechtenstein bank chalked a good set of results to a “positive operating performance combined with strict discipline in terms of costs.”

(VP Bank, which operates in regions such as Asia, recently told this publication about its Greater China Awards success.)

The bank, one of the largest in the Liechtenstein financial centre, based in Vaduz, called 2019 “significant” for positive markets boosting its bottom line, but warned that 2020 would be a year of transition. “On the one hand, the current strategy cycle is coming to an end. On the other hand, financial markets are currently experiencing a significant slowdown, partly due to coronavirus. This will have an impact on our earnings performance on the client side of our business as well as in respect of financial investments. Of the three defined financial targets, consequently, the profit target of SFr80 million will be particularly difficult to achieve,” the bank said.

On earnings, its commission and services business outperformed, up 10.4 per cent year-on-year to SFr137.2 million.The bank's trading activity was also strong, up by 10.9 per cent to SFr61.0 million for the period.