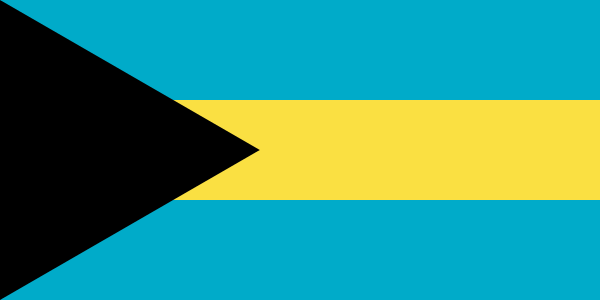 The jurisdiction is determined to push ahead with new offerings, saying that it has remained open since the devastating hurricane of a few weeks ago. This news service joined industry practitioners for a conference recently.

(An earlier version of this news item was published yesterday on Family Wealth Report, sister news service to this one. Given the global nature of some of the topics, we hope readers find it useful.)

The Bahamas is very much open for business and strident at developing new areas of its mature financial services sector, leveraging expertise, displaying grit and resilience after the Hurricane Dorian storms of a few weeksâ ago.

The Bahamas, a democracy and former British colony and independent since 1973, has English Common Law with established trust and corporate solutions in place that are familiar to wealth management clients and practitioners worldwide. Those, and other qualities speak to its stability warranting an even louder hearing, attendees at a breakfast briefing event in New York City were informed recently.

The breakfast briefing also coincided with the release of IFC World 2019, a global overview of the worldâs international financial centres, produced by this news serviceâs publisher.

Bringing opening remarks at the exclusive briefing was The Hon. Elsworth N Johnson, Minister of Financial Services, Trade and Industry and Immigration. Johnson spoke of how the jurisdiction has been fully functioning, in spite of the challenges of the hurricane damage in parts of the chain of islands. He noted that this demonstrated the âresilience, the enterprise and the commitment of Bahamiansâ. About 20,000 people work in financial services, a sector that accounts for around 15 per cent of its gross domestic product, Minister Johnson noted. He informed delegates at the event of the fact that the financial centre continues to keep up with the latest developments in global regulation and financial services, including areas such as financial technology.

In the keynote address, Andrew P Morriss, dean, School of Innovation and vice president for Entrepreneurship and Economic Development, Texas A&M University, outlined the evolution of the Bahamian financial services industry. He discussed three eras, as he characterised them, for the Bahamasâ development as a financial centre during the 20th century and into the present.

In the first era, marked by global capital controls, foreign exchange regulations and the rise of an offshore dollar market, The Bahamas, along with places such as Curacao, benefitted from its offshore status. With its English Common Law and connections to the UK, the jurisdiction thrived and was able to capitalise on its flexibility, contrasting with those French territories that came under the same regulatory regime as mainland France, Morriss said.

The second era saw The Bahamas move higher up the value chain in terms of the services offered there, with greater sophistication in services and solutions. The 1960s and 1970s were decades when major countries tried to make it tougher for offshore centres to operate; tax laws were tightened. In the third era, international efforts to squeeze IFCs intensified, as seen with the arrival of the Common Reporting Standard, pushing for more beneficial ownership disclosure. A net effect of such moves has been to raise barriers to entry into the IFC space. The potential for newer jurisdictions to become IFCs has become more difficult, Morriss said.

The Bahamas, like so many other international financial centres, have had to adapt to demands for ever-greater transparency, exchange of information and a broader range of services, he noted in his keynote address to the briefing.

Professor Morriss said that there was a legitimate and essential role for IFCs such as the Bahamas in the global economy. He referred to this essential element as âfictioneeringâ â the idea of how offshore centres, with their legal innovations and adaptability, take out some of the frictional costs posed by overlapping global regulations and uneven tax regimes.