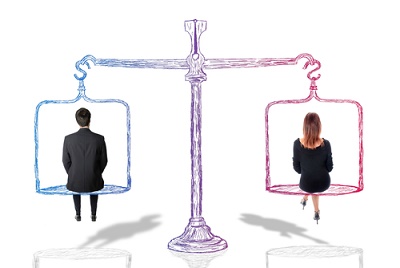 If Ms Potanina is able to successfully satisfy the court that her settlement was unfair and that she has a true connection to England - then she may still have a long road ahead of her - before she is able to receive any assets from Mr Potanin.

Having previously represented Russian wives within Part III proceedings following a divorce in Russia from an oligarch, I know better than most how difficult it can be to get your clientâs hands on an oligarchâs assets.

Oligarchs will often instruct leading lawyers and financial planners in multiple jurisdictions around the world to tie their assets up in sophisticated structures. These plans are often centred around obscuring their true ownership. If Mr Potanin has instructed lawyers to obscure the true ownership of his assets, then it may be very difficult for Ms Potanina to persuade a court to transfer those assets to her. In addition to it being legally challenging, it may also be expensive, with these types of proceedings often lasting many years at considerable expense. Although Ms Potanina will undoubtedly be a wealthy lady, it is likely that her wealth will be controlled by her husband who may therefore make it difficult for Ms Potanina to pay the legal fees that she will incur in pursuing a âtop upâ claim in England.

Michelle Young, ex-wife of the late Scot Young, is an example of how expensive court proceedings can be, with her divorce costs understood to be Â£5 million ($6.15 million). Ms Potanina will certainly not want there to be many comparisons between her case and that of Mrs Young - with Mrs Young receiving a piece of paper stating that she is entitled to Â£20 million - but no money. Mrs Young was never able to find Mr Youngâs assets and so, in spite of being ordered to make payment to her, she never actually received her settlement.

Fortunately for Ms Potanina, there are a number of very sophisticated lawyers in London who are experienced in claims like hers. Indeed, whilst Mr Potanin may have sophisticated advisors around the world, the judges in England and Wales are equally sophisticated and experienced in helping people like her. In my experience, the real test will be meeting the considerable legal fees and proving her husbandâs ownership in assets. This will require specialist advice and financial planning.

Part III proceedings are only for the very wealthy and Ms Potanina will need a great deal of emotional and financial support throughout what may be many years of litigation.