In this era of crowdfunding, direct investing and other more “do-it-yourself” approaches to finding hot ideas, there is still a need to work with committed professionals who have skin in the game when it comes to making investments.

That is the argument of UK-based firm Nexus Investments, which is road-showing its EIS Scale-Up Fund, an Enterprise Investment Scheme concentrating on sourcing and backing new firms in the data privacy, health and education tech sectors. The fund is pitched at private investors, family offices and entrepreneurs. To get into the fund, investors must put in at least £25,000 ($31,932). The fund has a target total capital of £10 million. This is definitely not in the BlackRock, Vanguard or Fidelity league of investing – but it is backing businesses with the potential to one day appear on the radar of large-cap funds.

What Nexus Investments brings to the table is the promise that its team have screened and sorted through a large number of investment ideas and are willing to back them with their own money – a compelling proposition for investors, Matthew O’Kane, MD at Nexus Investments, told this publication. Chartered Accountant O’Kane, who was hired from Deloitte by Harry Hyman, owner of the Nexus Group, to head up this new division about five years ago, explains how this proposition is put into practice.

“Because we see so many deals that have come our way and we are personal investors ourselves, we can be a trusted source of perspective about sectors that we know well, valuations of early stage companies, and what makes a compelling and backable entrepreneur who can genuinely drive a brand or a business through the scaling up process, with our help” he said.

Besides O’Kane, there is a growing team of people working on the deals and liaising with investors. These include Douglas Lidgitt who joined from EY in 2017, who, along with O’Kane and Harry Hyman, sits on the investment advisory committee to the fund, which includes Alan Newman, the former finance director of the public opinion and data company YouGov, and the chairman of PwC London, Keith Mansfield.

Enterprise Investment Schemes, which carry a range of income tax and capital gains tax reliefs and are designed to steer money into young firms and start-ups by bridging the funding gap, and rewarding some risk-taking by investors, are the right kind of vehicle for the sectors Nexus wants to be in, O’Kane said.

Wealth managers face the risk that some DIY-inclined clients increasingly want to seize control over how they manage investments, via crowdfunding, or by directly backing friends or family.

As far as Nexus is concerned, sometimes those deals involve eye-watering sums of money but are done in a vacuum over what constitutes a realistic valuation or projection that the founders may have pitched, or lack an acceptable shareholder agreement or Articles of Association. Nexus Investments has carried out more than 50 rounds of EIS investment since 2014. The firm selects 20 companies out of more than 300. Nexus argues that by going via a kind of pre-vetted Alternative Investment EIS Fund, it provides a smarter approach for sophisticated investors and their wealth managers or IFAs.

“This is akin to curated services,” O’Kane continued.  “These are busy times … we have got lots of firms pitching to us for funding. Our job is to select the best opportunities and provide a diversified portfolio. We have a good understanding of what is an acceptable level of price or risk for EIS private investors when investing in an entrepreneur-led business at different stages of its development, and can therefore identify good entry points for them. Investing in early stage companies requires diversfication, and we provide access to some of the most pioneering companies in the UK that are in some cases literally trying to change the world in the fields of, for example, data privacy, radiotherapy treatment, or digital English Language teaching in overseas schools”.

The areas that the EIS fund invests in, such as personal data and education technology, or “edtech”, are very much in the public eye, as concerns about data security and privacy have been fuelled by controversies such as Facebook’s alleged misuse of private information, and by how concerns about child literacy rates are putting more pressure on schools to come up with solutions, he said.

Calibre
When it comes to assembling the EIS range, Nexus argues that one of its other differentiators is the calibre of people who sit on the boards of portfolio EIS companies. As well as the investment advisory committee assembled for the Scale-Up Fund, chairpersons who sit alongside O’Kane on existing Nexus-backed companies include Mark Wood (formerly Editor in Chief of Reuters, and now Advisory Board member of PwC) and Mike Rusbridge (formerly CEO of Reed Exhibitions PLC, and currently board member of the National Exhibition Centre (NEC)).

As for its  latest Scale-Up fund, Nexus thinks it is the first UK EIS fund specifically focused on scale-up opportunities to launch since the UK government’s £2.5 billion British Patient Capital programme which was introduced last June. (The idea being that such “scale-up” funds are to help businesses expand significantly, hence the term.)

So how does the fund work and why the £10 million long-term capital target?

“We are raising the money in tranches, but putting an overall target cap on our new fund of £10 million feels the right level to refer to. We have shown over the past four years or so our ability to raise and introduce over £7 million of investment across over 50 EIS rounds, and 19 of our companies are still going strong, many growing very fast still indeed," O'Kane said.

"The latest valuations of our portfolio suggest existing backers of those companies are sitting in a very positive position on paper, with more potentially yet to come – and that excludes any EIS tax benefits, such as the initial 30 per cent income tax relief. We believe that if we are given the opportunity to deploy up to £10 million of funds within our target timeframe of 12-24 months into businesses which we believe will perform well, we should be able to do this smartly and nimbly for our investors, without being in the position of some other EIS and particularly VCTs [venture capital trusts] who anecdotally one hears can sometimes struggle with finding suitable opportunities for the large piles of cash they are sitting on, and are often restricted by their own internal economics in terms of minimum deal sizes they will do” O’Kane said.

“Our position is supported by our historical performance and based on the deal flow we are currently sourcing. We believe 8-10+ investments are appropriate as any less would not provide sufficient diversification to reduce the risk of any one company not performing, while any more would see the amounts invested potentially fall into companies where neither sufficient fuel is provided nor value add created. We believe that investing between c.£100,000 to £1 million, if necessary on a phased basis or even as part of larger rounds, into each specific company, will provide it sufficient runaway to reach a point where it will be attractive to larger funds and institutions, ultimately enabling us to exit and obtain a return,” he continued.

“The fund will invest primarily in smaller, unquoted companies. It may also invest in companies eventually seeking a quotation on AIM. This is just one of the potential exit routes that may become available to the fund’s portfolio, as they scale with our input. Excluding tax reliefs, over a four-year period, our existing portfolio of 20 companies has (based on latest valuations as at 31 May 2018, derived from subsequent equity round prices) generated over 20 per cent IRR. Whilst unrealised as of yet, many portfolio companies are just getting started and are still within their three-year requirement EIS holding period. We have seen offers for two of our companies, and some are now valued by external investors at 5x or more compared to the first Nexus entry price. Our Key Information Document (“KID”) sets out the position the fund believes could be achieved for Fund Investors under a favourable scenario” O’Kane said.

“Nexus is a very active investor. As an early stage investor, we already sit on the boards of a number of our existing portfolio companies, and the fund intends to do the same. We provide tax, corporate finance and business strategy advice to our portfolio companies above and beyond what they may initially expect. We have been described by existing co-investors and board chair-persons as `over-indexing’ compared to many more established venture capital or private equity investment houses: putting in much more time and resources than what would be expected in relation to the size of our investments and stages of companies.”

“But we believe this is the right thing to do as an early stage investor. In fact, given the risks of being an early stage investor – and I make this point to anyone who has put their own money into an EIS or start-up or similar company, even for a “bit of fun” - you absolutely need to put in the extra leg work if you want to reap the benefits, or have someone on hand who can do that for you, like Nexus. Entrepreneurs and young brands meet all manner of obstacles in the years following the initial early glow of attracting backers with a shiny business plan or slide deck. Often investors are completely unaware of what is really going on.  This is one area of investing where you cannot have your cake and eat it. If you want to reap the potentially much higher returns from being an early stage investor, you need to put in the work required to support and grow. We are not here to help with the `child-birth' of a company, we are not start-up investors. Our role is to help companies grow and mature from the toddler stage through and into its teenage years, perhaps even into young adulthood. If our chosen companies succeed, then we and our investors should succeed. That is our motto.” 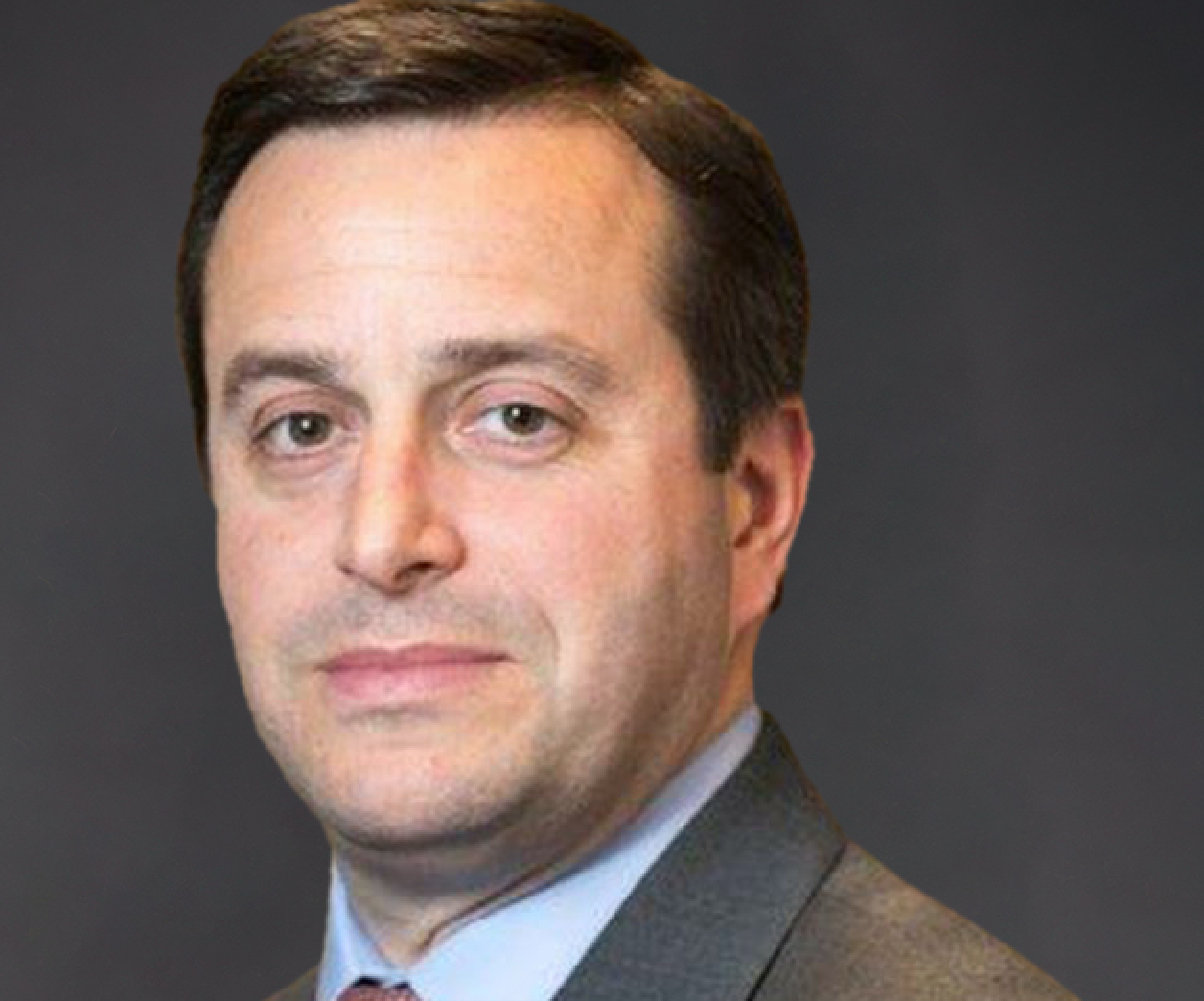